Edmund: This means a lot to me. He picks up his second ATP Tour crown 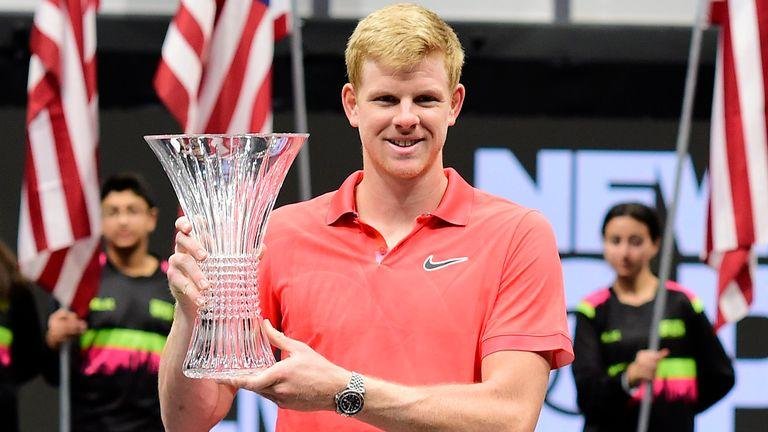 Britain's Kyle Edmund said his title-winning performance in New York "means a lot" as he surged 17 places up to No 45 in the ATP rankings.

The 25-year-old won eight of the last nine games in a comprehensive victory over Italian Andreas Seppi to win the title. Edmund earned 250 ATP rankings points to send him surging 17 spots into the top 50 for the first time in four months. Edmund improved to 7-3 this year with his impressive showing in 'The Big Apple' which saw him pick up his first ATP Tour title in 16 months.

"There's a lot hard work throughout the year, a lot of ups and downs that you don't see behind the scenes. To win this title means a lot to me," Edmund said.

"I haven't won five matches in a row since probably March last year (Indian Wells Challenger Series). You just can't take things for granted. As soon as you get ahead of yourself in your head and expect things, I think that can be dangerous.

Seppi saved a match point but Edmund - whose last success came in Antwerp in 2018 - but he could not prevent the Brit from claiming a 7-5 6-1 success in one hour and 21 minutes. He dropped just eight service points throughout the day and won 94 per cent of his first-serve points.

"He played a good match today and he deserved to win," Seppi said. "I enjoyed my time on this court and played some good matches this week. I'll take the positives from here and move forward."