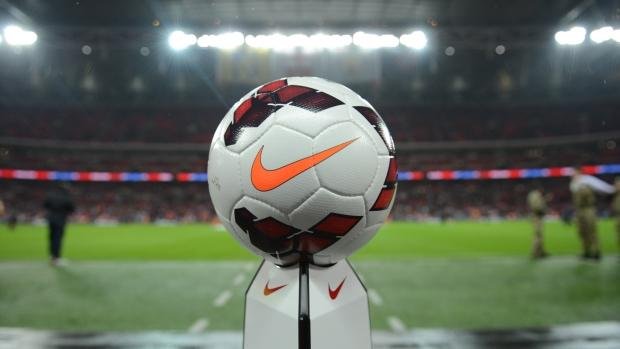 English football will be suspended until at least 30 April because of the continued spread of coronavirus.

All games in England's Premier League, EFL, Women's Super League, and Women's Championship, and all fixtures in Scotland, Wales, and Northern Ireland, are currently postponed. The Football Association has also agreed that the current season can be "extended indefinitely".

Under current rules, the season had been scheduled to end on 1 June.

A joint statement issued by the FA, Premier League, and EFL expressed "a commitment to finding ways of resuming the 2019-20 season" and completing all domestic and European matches "as soon as it is safe and possible to do so". The postponement of Euro 2020 has opened up a window for domestic league fixtures to take place in June. However, the UK government has effectively banned sports events for the time being by advising against mass gatherings. Last week, West Ham vice-chair Karren Brady said the current season should be declared null and void.

FA chairman Greg Clarke also expressed his concern that it might prove impossible for the season to be concluded. However, Brighton chief executive Paul Barber told the BBC that it would be "unjust" if runaway leaders Liverpool were denied the title, and suggested increasing the league to 22 teams for 2020-21.

Fifa has also established a working group to tackle the issues facing football as a result of the pandemic. The group will look at the international fixture calendar, and issues around player contracts. Player contracts typically expire on 30 June but many leagues, if resumed, look likely to continue beyond that date. 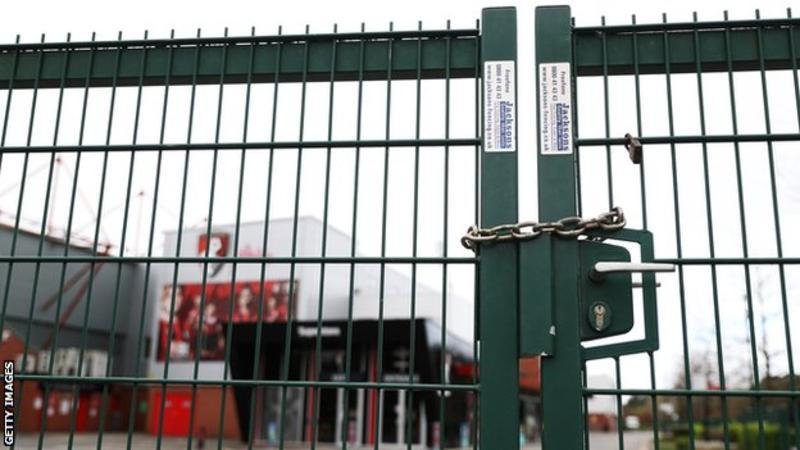 'We could have finished our season'

Forest Green Rovers owner Dale Vince said suspending all professional matches on 13 March was a "mistake" because the virus had "barely impacted the country" by that stage.

"I think canceling all games until 3 April was a mistake," Dale told BBC Sport.

"I think it was an error of judgment - there were a few cases in the Premier League of self-isolation.

"In that three to four week period, we could have virtually finished our season playing Saturday to Tuesday.

"Instead of shutting down I would have doubled down and said let's play our way to the end of the season as soon as possible because the virus and the rate of infection across the county is not going to get better in two, three, or four months."

Forest Green is 11th in League Two, nine points outside the play-offs, and Dale has welcomed the EFL's financial effort to supports its clubs as "all good positive stuff".

Premier League Arsenal supports the decision to further postpone play until 30 April, after their manager Mikel Arteta tested positive for coronavirus. Since the confirmation of Arteta's illness, the club says their "training centers in London Colney and Hale End were closed for a deep cleaning".

"We have now reopened with a small workforce to maintain the facilities and training pitches, while a number of staff, including Mikel and the men's first-team squad, are currently isolating at home, " said a club statement.

"We're pleased to say that Mikel is feeling much better. He's in good spirits, doing detailed planning with the coaches and speaking to the players regularly."