Joelinton: What does the Newcastle United striker offer? 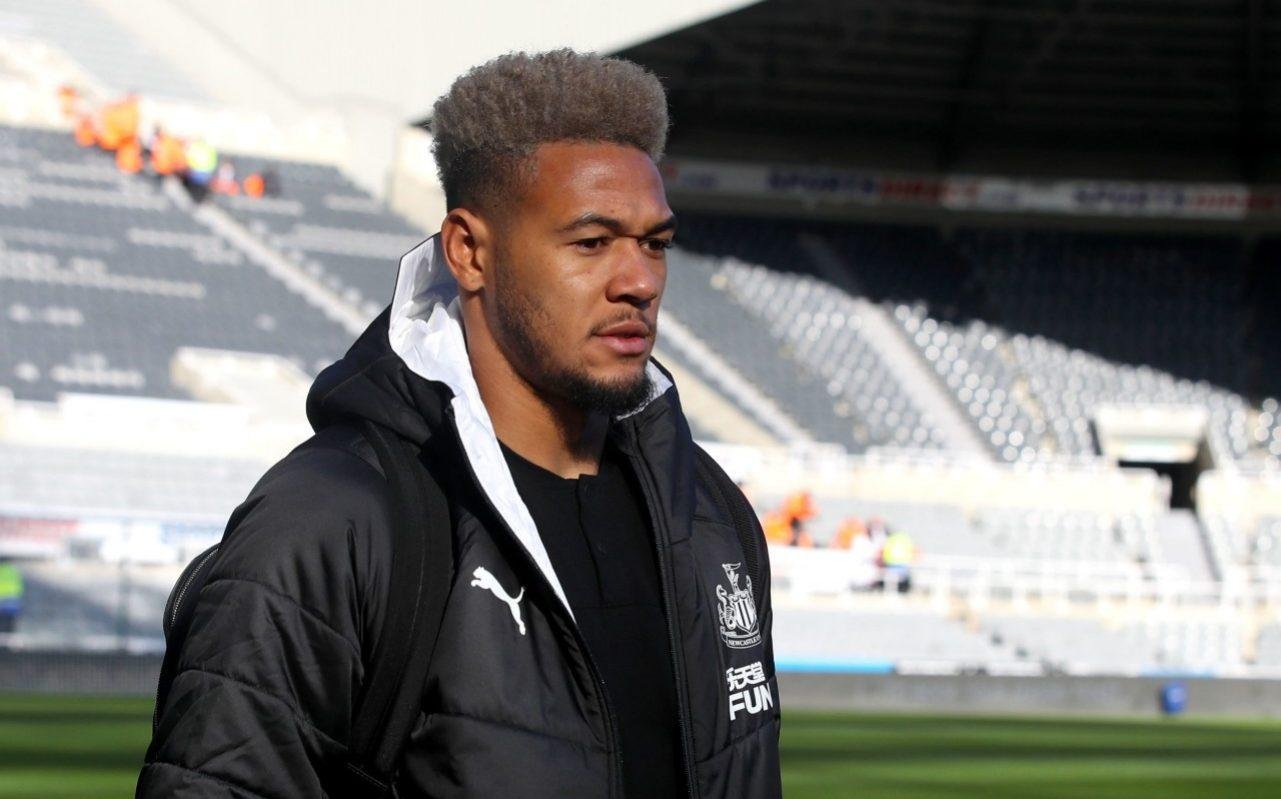 One Premier League goal all season, and currently enduring a run of 22 consecutive top-flight games and 1,856 minutes without finding the net. 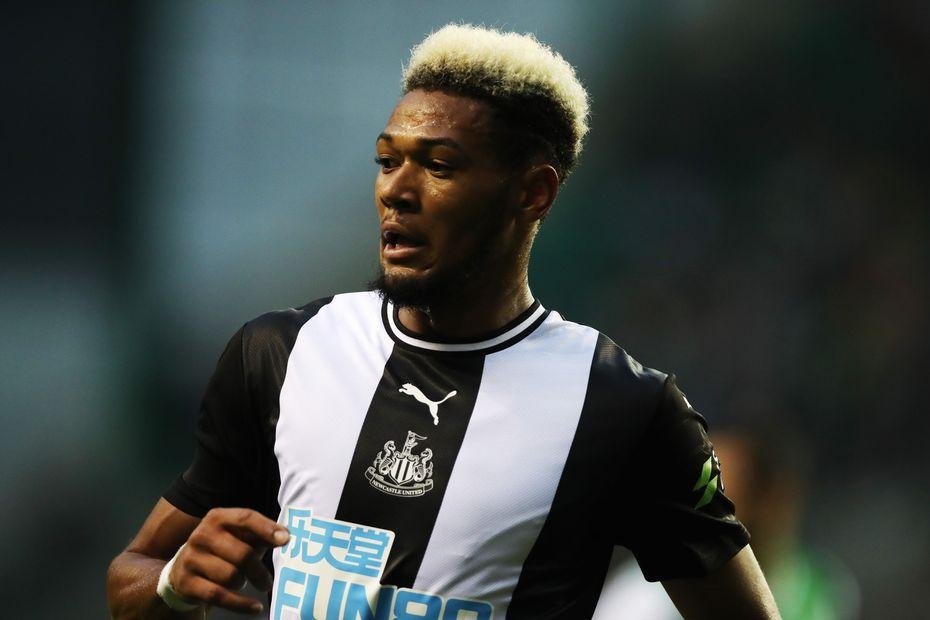 Newcastle striker Joelinton's statistics don't make pleasant viewing for a player that cost a club record £40m in the summer. Manager Steve Bruce admitted after his side's 4-0 thrashing at Arsenal on Sunday that those at the club "would all like him to have 12 or 15 goals" by now. So what does Bruce see in the player and why does he continue to lead the line for the Magpies?

A number nine who plays outside the box 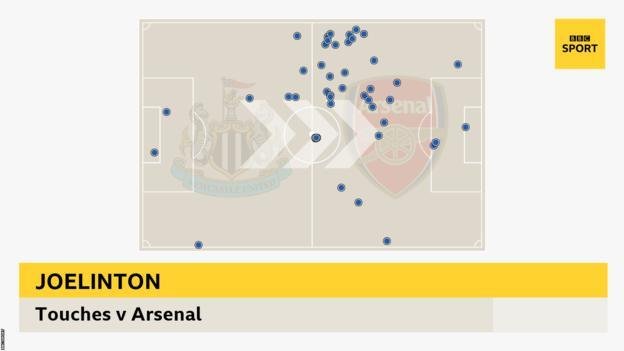 The Brazilian was Bruce's first signing when he replaced Rafael Benitez, and the striker was handed the famous number nine shirt previously worn by club legends Jackie Milburn, Alan Shearer and Andy Cole. But the former Hoffenheim frontman - who scored just seven Bundesliga goals last season - has failed to live up to those before him, a winner against Tottenham back in August being his only English top-flight strike so far. Although he has fared better in the FA Cup with two goals in three games, those came against lower-league opposition in Rochdale and Oxford.

The main issue Newcastle have with Joelinton is the fact he is a player who has been brought in to lead the line, but actually finds himself doing more work outside the box than in it. Newcastle have scored just 24 times in the Premier League, with only Crystal Palace netting fewer.

Against Arsenal, he had a total of 47 touches - most of which were on the left, close to the halfway line. Just three came inside the Gunners' penalty area.

Those numbers surprised Bruce when they were put to him after the game.

"In the opposition box? Really?" he asked. "That seems a strange stat. We have to find a way of scoring more and certainly Joe of being more selfish.

"He has played a lot of his career to a side and not played as an out-and-out number nine. He is 22 years old, he has a lot to learn and give."

He did have one good opportunity against Arsenal in the first half, but flicked his shot wide when unmarked from eight yards out. Although he had to reach behind him a little for the ball, a striker in form may well have tucked it away, and a different result could have been on the cards.

Joelinton has just the solitary goal from the seven 'big chances' that have fallen his way this season. Only Southampton duo Che Adams and Shane Long (one goal between them) and Sheffield United's David McGoldrick, who has not scored this season, have fared worse.

A glance at Twitter shows the frustration from some supporters with Joelinton's performance against Arsenal, with one "trying to figure out the purpose of Joelinton and struggling to make any case for his inclusion in the side".

Another said he was "abysmal" and is someone who "would not cut it in League Two".

Being generous, his presence in the Newcastle team bears similarities to the role Olivier Giroud performed for France in their 2018 World Cup triumph. The Chelsea player appeared in all seven games, despite not scoring a single goal, with boss Didier Deschamps saying he was "important for our style, we need his supporting play".

Joelinton faced more duels (26) and won more fouls (four) than any other player at Emirates Stadium, which suggests he is not shying away and is up for the battle. But while Giroud brings the likes of Kylian Mbappe and Antoine Griezmann into the game, Joelinton does the same for Allan Saint-Maximin and Miguel Almiron - who are not quite at the same level.

"I was pleased with his performance again today," said Bruce. "He does a lot of unselfish work outside the box and we now have to find a way of getting him in the box for the crosses that Allan put in when he took players on."

But his last line was telling, with Bruce adding: "He is a great team player but centre-forwards are judged on how many goals you score."

In that regard, Joelinton has plenty of room for improvement.