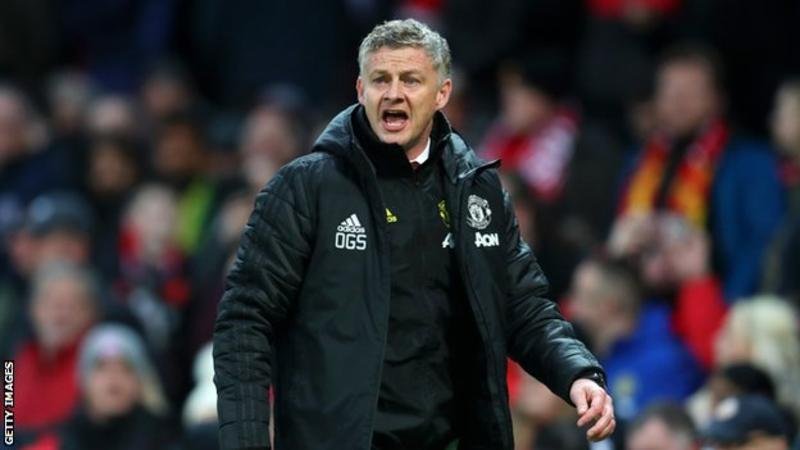 Manchester United have scrapped plans for a training camp in the Gulf region during next month's winter break because of security concerns.

United do not play for 16 days between Premier League ties against Wolves on 1 February and at Chelsea on 17 February. Manager Ole Gunnar Solskjaer plans to give his squad a few days off before going away for a training camp. While the destination had not been decided, Qatar and Dubai would have been near the top of United's list.

In January last year, Solskjaer took his squad to Dubai in the United Arab Emirates and sent some of his players there again in November during an international break. United have also previously used the Aspire Academy in Qatar's capital Doha for a winter training camp. There has been a rise in tensions in the region after senior Iranian commander Qasem Soleimani was killed in a US air strike in Baghdad and a Ukrainian International Airlines plane was accidentally shot down in Tehran, killing all 176 passengers.

Solskjaer has decided to keep his squad in Europe, most likely Spain or Portugal, to prepare for the rest of their campaign, which includes a Europa League last-32 meeting with Belgian side Club Bruges. When asked if United's plans had changed, Solskjaer said: "Yes, there are things that worry me more than football.

"We were looking at the Middle East but that is definitely not going to happen. We will stay in Europe."

The latest Foreign and Commonwealth Office travel advice for Qatar is that tourists should "remain vigilant" amid a "heightened threat of terrorist attacks globally against UK interests and British nationals".

United are fifth in the Premier League, 27 points off leaders Liverpool, who they face at Anfield on Sunday after a FA Cup third-round replay against Wolves on Wednesday.

Solskjaer said the aim is to be challenging for the title next season but that he is "not saying it is a realistic one".

"We are behind and a fair rate behind the top one now, who we play on Sunday and we'll see where we are against them," he said.

"But with a few signings, with the improvement these players are making, in the next couple of years we want to do that."

The Norwegian added that the performances of United's young players showed the squad does not need a major overhaul.

"This is a group you can work with," he said. "They're going to give you everything. That's the core of what the team is going to be moving forward, for me.

"Of course we're looking at a couple of signings and strengthening here and there but the core group is there."