News marathon men: Chabot's monster outing one for the ages, but where does it rank all-time? 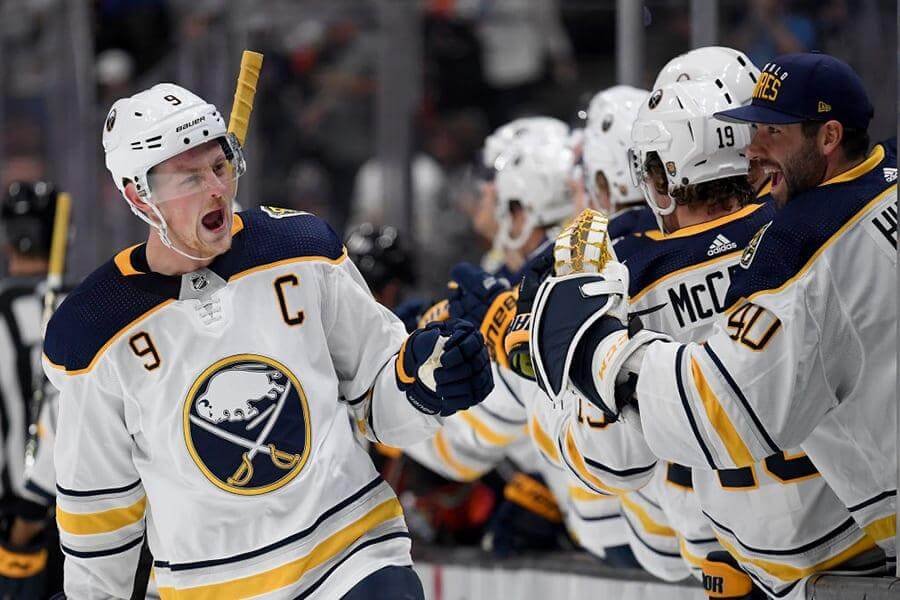 Thomas Chabot logged nearly 38 minutes in the Senators' overtime loss to the Lightning and it's among the highest single-game ice times in NHL history. But where does it rank?

Someone get Thomas Chabot some oxygen, plenty of fluids and, for heaven’s sake, let the man rest today.

In Wednesday night’s outing against the Tampa Bay Lightning, the 22-year-old Ottawa Senators blueliner accomplished a rare feat, one to which only one other rearguard in NHL history can lay claim: Chabot skated more than 37 minutes in a single regular season contest. In the interest of accuracy, his exact total was 37:50, which is the second-highest single-game ice time according to the NHL’s records. Making the minute-munching outing all the more impressive is that it happened to come in the second half of a back-to-back, one night after Chabot skated upwards of 22 minutes against the Florida Panthers. That’s more than one hour of ice time in two days. Talk about an exhausting road trip.

Of course, throwing Chabot over the boards that often wasn’t so much by design as it was by necessity for the Senators. Ottawa was hamstrung on the backend entering the contest, without defensemen Nikita Zaitsev and Dylan DeMelo, and coach D.J. Smith indicated in his post-game comments that the Senators needed to lean on Chabot given how thin they were on the blueline. It’s evident exactly how thin Smith felt his defense corps was, too, given Erik Brannstrom (18:12), Cody Goloubef (10:09) and Andreas Englund (7:27) combined for fewer minutes than Chabot skated in the outing. In fact, the only Ottawa defender to have an ice time even close to Chabot’s – that’s very liberal use of the word “close” – was Ron Hainsey, who skated 26:12 in the Senators’ 4-3 overtime loss. But Chabot’s marathon outing got us wondering: what are the highest single-game ice time totals of all-time?

Well, turns out we can’t actually know and “all-time” is something of a misnomer as it pertains to Chabot’s accomplishment. The NHL has only kept thorough ice time statistics since the beginning of the 1997-98 season. As a result, the record books don’t take into account any big-minute games that occurred before that campaign. Thus, we can’t know if the likes of Bobby Orr or Paul Coffey or Denis Potvin or Ray Bourque ever exceeded the single-game ice times listed below. And, hey, chances are one of the four may have, particularly during their primes. That said, since the NHL began keeping track of the statistic, here are the highest single-game ice times by any player:

Chalk this one up to then-Kings coach John Stevens’ delegation of minutes once Kurtis MacDermid was booted from the contest for an ugly hit that injured Anaheim Ducks winger Ondrej Kase. While much of the Los Angeles blueline played regular minutes – four were above 19 minutes in the outing – Stevens basically heaped all of MacDermid’s minutes on Doughty, meaning the star defender split his time between the first pairing and the third pairing, skating the latter shifts alongside Oscar Fantenberg.

Doughty is a name that’s not all that surprising to find on this list. Scandella, though? That’s a little out of left field. But the situation facing the then-Minnesota blueliner on that fateful night was much like the one that led to Chabot’s outing. The Wild defense corps was depleted, so much so that Scandella was actually one of two Minnesota blueliners to eclipse the 30-minute mark. Care to guess the other? The answer is Tom Gilbert, who is currently plying his trade in the German League. Justin Falk, who split his time between the AHL and NHL in the Senators organization last season, skated 26-plus minutes, too.

Note the date and keep it in mind. It’s going to come up again.

An interesting note about this one: of the 10-highest seasonal average ice times, four occurred before the 2010-11 campaign, yet Pronger’s nearly 36-minute outing is the only single-game ice time that predates the current decade. Like the others, Pronger’s ice time was circumstantial. In this case, the circumstance was that he was glued to the ice on the power play. He skated more than 10 minutes on the power play and, if you include the seven-plus minutes spent on the penalty kill, Pronger actually played less than 20 minutes at even strength.

Only three times in recorded NHL history has a player averaged an ice time greater than 29 minutes per game across an entire season. Two of those campaigns belong to Ryan Suter, including the record seasonal high of 29:25 per game. That came during the 2013-14 campaign to which this 36-minute contest belongs. An undermanned blueline was part of the equation here, as well, as Clayton Stoner and Nate Prosser combined for roughly 19 minutes.

Again, note the date. We’ll get to this in a second.

This was the Senators record until Chabot came along and blew it out of the water. Coincidentally, Karlsson’s 36:34 came against the Lightning. Funny how that works. Karlsson’s big game is similar to Doughty’s in that it was the result of minutes being foisted upon the then-Senators star rearguard in the wake of Mark Borowiecki’s ejection less than two minutes into the contest. Add to it that Cody Ceci left the game with an injury and it created the perfect storm for Karlsson to log big minutes.

Keen observers will note than Suter’s career-high ice time came less than one week before he logged a second 36-minute game, which makes him the only player in NHL history with two outings of 36 minutes or more. This contest was much the same story as the game one week later, too. Suter was leaned on hard given how thin the Wild blueline was at the time. In this one, Prosser and Stoner combined for a mere 16:22.

Incredible about Chabot’s outing, and something that is not mentioned above, is that he didn’t skate a single second on the penalty kill and played only 4:50 on the power play. Contrast that with Pronger’s game that falls on this list and you can understand how impressive that is. But not only is it impressive, it also means Chabot holds one ice time record: most even-strength minutes played in a regular season game. He skated 33 minutes with the teams at even strength, nearly a full two minutes more than Brodie, who appears eighth on this list. He skated 31:01 at evens in that January 2014 affair.

All right, let’s get into it. There are three defenders who appear on this list from this exact game. The reason? This is the infamous Calgary-Vancouver opening-faceoff brawl game. You remember the one. The two teams combined for 204 penalty minutes, eight players were handed game misconducts two seconds into the contest and four of those players were defensemen. That resulted in all four defensemen on each team skating upwards of 20 minutes and five of the eight playing upwards of 30 minutes. Mix in the special teams time for the defenders and Brodie, Hamhuis and Wideman all saw ice time totals the likes of which they hadn’t since their junior days.

As far as Wideman is concerned, though, some might be wondering how he exceeded Mark Giordano’s ice time. And the answer to that is pretty simple. Giordano paraded to the box, committing four infractions overall, including three consecutive minor penalties in the third period. That opened the door for Wideman to earn extra ice time and then-coach Bob Hartley kept on trotting the defenseman out. To this day, Wideman remains the only player to exceed 38 minutes in a regular season game.