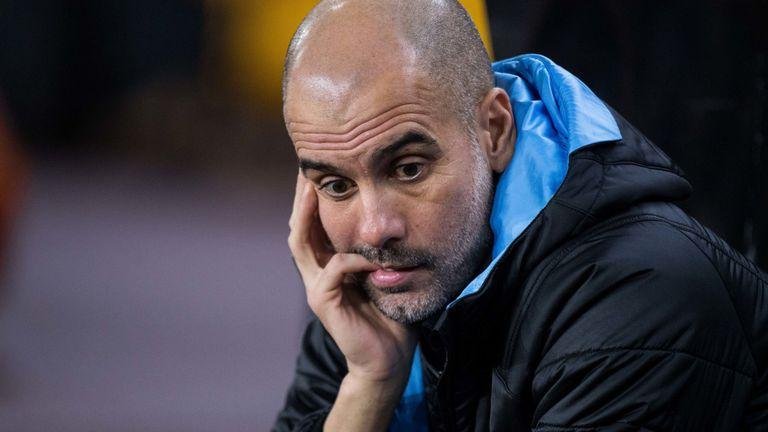 It would be "understandable" if Manchester City manager Pep Guardiola left the club after they were banned from the Champions League, says ex-Chelsea boss Ruud Gullit.

"I can understand [if Pep leaves] because he wants to play Champions League," Gullit told BBC Sport.

"That is the Holy Grail for him. He wants to win the Champions League again."

Guardiola won the Champions League as Barcelona boss in 2009 and 2011 but failed to do so during a three-year spell at Bayern Munich and at City, where he took over in 2016. The Spaniard has previously said his time in Manchester will be considered a "failure" if he does not win the competition. Asked if Guardiola should remain loyal to the club despite the ban, Gullit, who was speaking before the Laureus World Sports Awards in Berlin on Monday, added: "Do you have to be loyal to something that hasn't been done well? I don't know, that is up to him.

"It is not his fault what has happened. He didn't do that. He didn't sign for that and, if they have been found guilty, then there is a punishment.

"I'm not going to say whether it is the right punishment or not - that is something that they have to fight out."

Gullit also believes the absence of Champions League football for City will have an impact on their current squad and the club's ability to attract a high calibre of player.

"What you are thinking [as a player] is 'no Champions League', it's the worst thing," said Gullit, who won European Championships in 1988 with the Netherlands and the European Cup twice with AC Milan.

He added: "You will not [want to join City] because you want to play Champions League.

"It is going to be a rumble moment for Manchester City. That's why I feel for the fans, I feel for the players and coaches - I feel for them. It is not a scenario you want to be in. "No-one signed for this so how can you talk about loyalty."

'It's up to Pep to try to motivate the team'

City play Real Madrid in the last 16 of the Champions League, with the first leg at the Bernabeu on 26 February and the return game at Etihad Stadium on 17 March. Real boss Zinedine Zidane expects City's motivation to be "immense" but Gullit is unsure.

"It is going to be a very hard moment in time for Manchester City and I'm curious to see if their players can cope with it," he said.

"Could it be possible that they knew it [the punishment] already? I don't know.

"You can imagine, the whole city talks about it, especially the Manchester United supporters.

"Now, it's up to Pep to try to motivate the team. It is going to be a hard one."