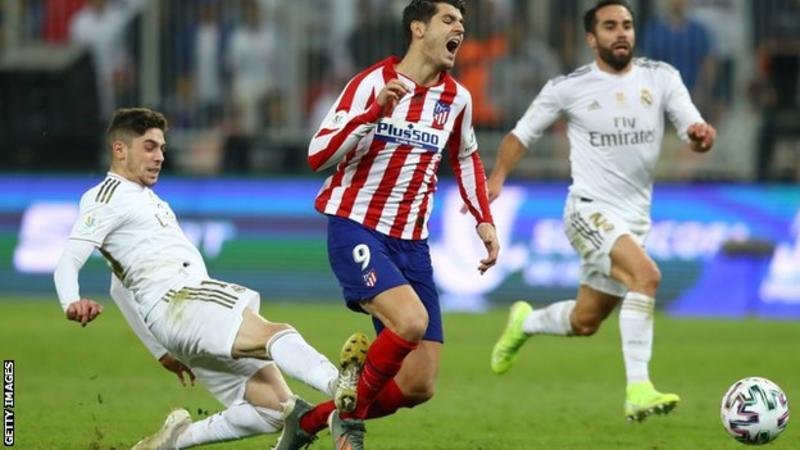 Federico Valverde helped Real Madrid win the Spanish Super Cup against their city rivals Atletico Madrid on Sunday with one of the most cynical fouls you'll ever see - and somehow won man of the match, as well as a pardon from opposition manager Diego Simeone.

Let's set the scene for you. You're playing in a final against your closest rivals. It's 0-0. So far, so turgid. Extra time. Alvaro Morata gets through on goal. You can let him through, or hack him down. What do you do?

If you're Valverde, there's no question. He was sent off for this exhibition of the dark arts, but Real went on to win the match 4-1 on penalties. Thousands of fans went on social media praising the 21-year-old Uruguay midfielder's actions, with hundreds calling for a statue to be erected in his honour.

After the match, he apologised to Spanish forward Morata, adding: "I know it's not good what I did, but I didn't have any other option." 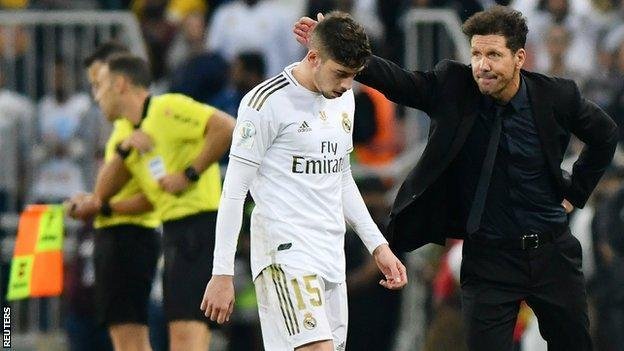 That's kind of… admirable… we guess?

Simeone certainly seemed to think so - which is perhaps surprising until you remember he wasn't exactly shy of the dark arts during his own playing career (David Beckham, are you reading this?) After the game, former Argentina midfielder Simeone said: "The award for the best player had to do with that piece of play.

"Valverde won the final; it was the most important piece of play. It was probably going to be a goal. I told him that he did what he had to do at that moment." What's more, despite being sent off, Valverde was also chosen by Spain coach Luis Enrique as man of the match. Not everyone favoured that decision, including Spanish newspaper AS.