Ronaldinho and his fake passport 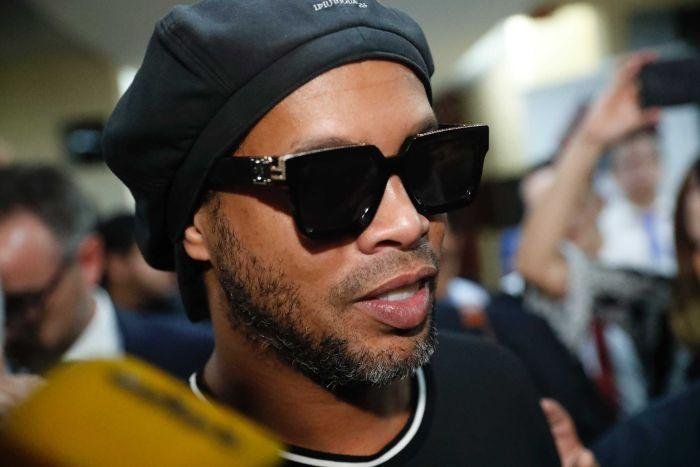 Former Brazil forward Ronaldinho will not be charged for using a fake passport to enter Paraguay, says the lead official in the case.

The 39-year-old and his brother were both questioned by law enforcement on Thursday having shown false documents. Prosecutor Federico Delfino said the brothers were aware they had committed a crime but said they did so unwittingly. The pair have agreed to face an alternative punishment.

"We are looking for a different way out of this that doesn't result in a formal accusation and that recognises that these people were, we can say, taken by surprise," Delfino told reporters in Asuncion, Paraguay's capital.

Another man who travelled with the brothers - 45-year-old Wilmondes Sousa Lira - was held. A judge will decide whether to accept Delfino's recommendation on Friday. An alternative punishment could be a fine payable to a local charity. Reuters report that Ronaldinho's lawyer Adolfo Marin could not be reached for comment. 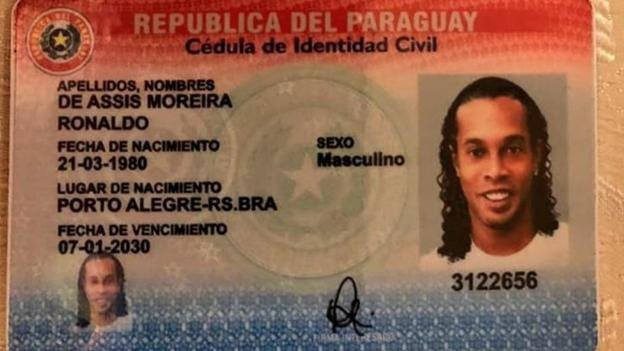 The brothers left Guarulhos airport in Sao Paulo on Wednesday with Brazilian passports and were given Paraguayan ones "as soon as they got off the plane" in Asuncion.

According to Delfino, the pair said the passports were a gift. An investigation indicated the numbers on the passports corresponded to other people.

The twice World Player Of The Year had travelled to the South American country to promote a book and a campaign for underprivileged children.

Ronaldinho was the 2004 and 2005 World Player of the Year and enjoyed the prime of his career at Spanish giants Barcelona. He won the World Cup in 2002 alongside fellow superstar forwards Ronaldo and Rivaldo.