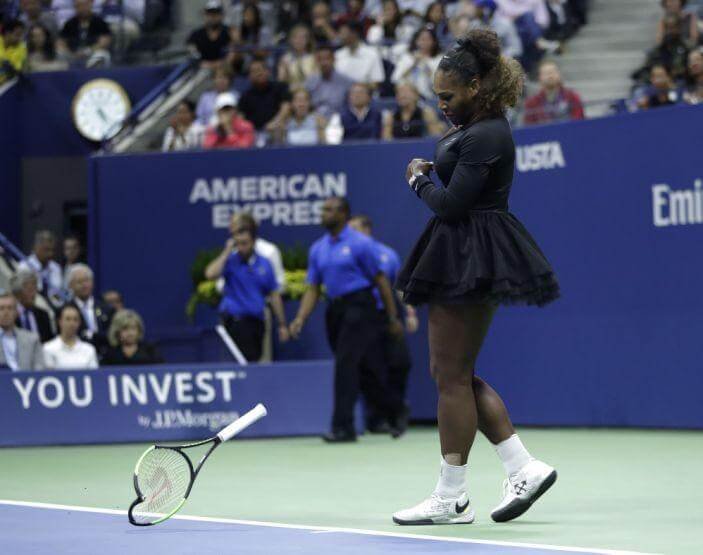 One woman’s trash ...
Well, you know how the saying goes.

A Manhattan memorabilia dealer made a tidy sum this week when a New Jersey auction sold a broken tennis racket Serena Williams was more than happy to dispose of.

The 5-figure score for a memorabilia dealer

Williams slammed the racket on the court during an outburst that saw her call chair umpire Carlos Ramos a "liar and a thief" after he warned her for receiving illegal coaching help during the match.

"You're attacking my character," Williams told Ramos after the warning. "You will never, ever be on another court of mine. You are the liar."

When Williams later smashed her racket in frustration after losing a game to Osaka, she was penalized a game for her second code violation.

Now that racket has resulted in a hefty profit for a memorabilia dealer.

Williams, who levied accusations of sexism toward Ramos because he penalized her for her outburst, gave the busted racket to ballboy Justin Arrington-Holmes.

Arrington-Holmes then sold the racket to the memorabilia dealer for $500 without negotiating, according to the New York Times.

"Looking back I wish I’d had someone help me with the process," Arrington-Holmes told The Times. "I was not familiar with how any of this works. I just wanted to get rid of it."

The memorabilia dealer obviously had an idea of the racket’s auction value and cashed in on it this week.