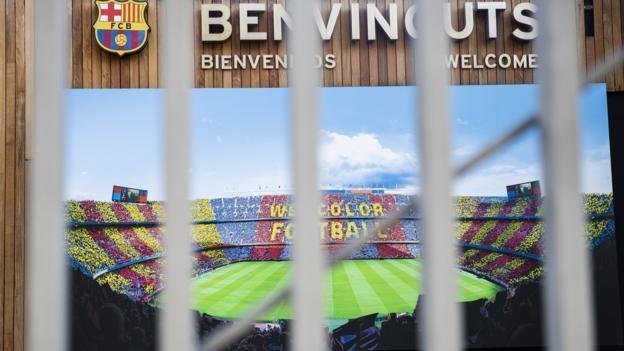 All football in Spain, including La Liga, has been put on hold indefinitely while the country deals with the continued spread of coronavirus.

Spain's top flight was postponed for two rounds of matches earlier in March and the country is in a state of emergency.

Football will not resume until the Spanish government deems it safe to do so without any health risk.

The statement, from the monitoring commission established by the Royal Spanish Football Federation (RFEF) and La Liga, added: "Both the RFEF and La Liga wish to express our greatest public gratitude to all those who are dedicating their best efforts to provide essential services to the Spanish people, and also share our condolences for all the deceased and a warm embrace from the world of soccer to the many families that are losing loved ones."

The European Championship's move to next summer means there is more time to complete domestic league seasons.

La Liga initially took action after a Real Madrid basketball player, who shares training facilities with the football club, tested positive for coronavirus. Real are second in the table, behind fierce rivals Barca.

On Sunday, the Spanish government sought to extend the state of emergency declared earlier in March until 11 April.