'Tensions' between EFL and Premier League over Coronavirus 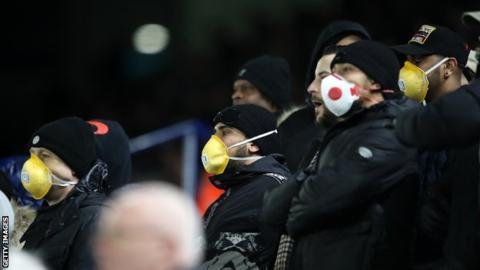 There are "tensions" between the EFL and Premier League over how to respond to the coronavirus outbreak. 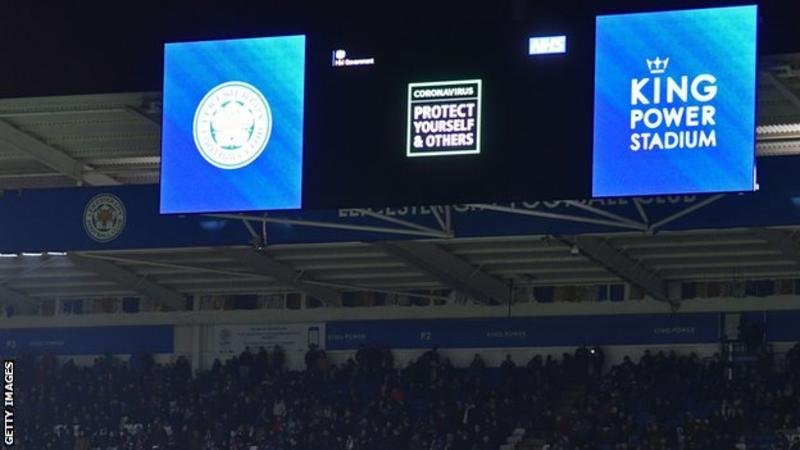 It comes after an apparent 'crisis plan' to play all remaining matches in English football behind closed doors was revealed by the Times newspaper. The Premier League has declined to comment but has distanced itself from the report. The government is expected to announce on Thursday that it is stepping up its response to coronavirus.

There are now more than 450 confirmed cases in the UK and it is anticipated the government will switch to tactics aimed at delaying its spread, rather than containing it. Delay is where "social distancing" measures will be considered - which could include restrictions on public gatherings above a certain number of people, though this is not thought to be likely at this stage.

The EFL is to seek clarity from the Premier League over what appears to be a proposed contingency plan. The emergence of the plan took both the EFL and the Department for Digital, Culture, Media and Sport Committee (DCMS) by surprise, and does not appear to have been approved by the government.

One senior EFL source described the leak as "unhelpful".

"There are now tensions between the two leagues, and even between clubs over how to handle this," they said.

According to the source, who wishes to remain anonymous, the EFL had also been taken aback by the Premier League's decision to ban pre-match handshakes and the cancellation of the Manchester City-Arsenal Premier League match on Wednesday. That game was postponed as a "precautionary measure" with several Arsenal players in self-isolation.

Sports bodies were asked by senior DCMS officials at a meeting on Monday to not break ranks or announce unilateral policies.

EFL clubs are understood to be strongly opposed to playing matches behind closed doors because of the financial cost of a loss of matchday revenue. They retain hope that their seasons can be completed.

Officials at the Premier League believe playing behind closed doors is now inevitable.