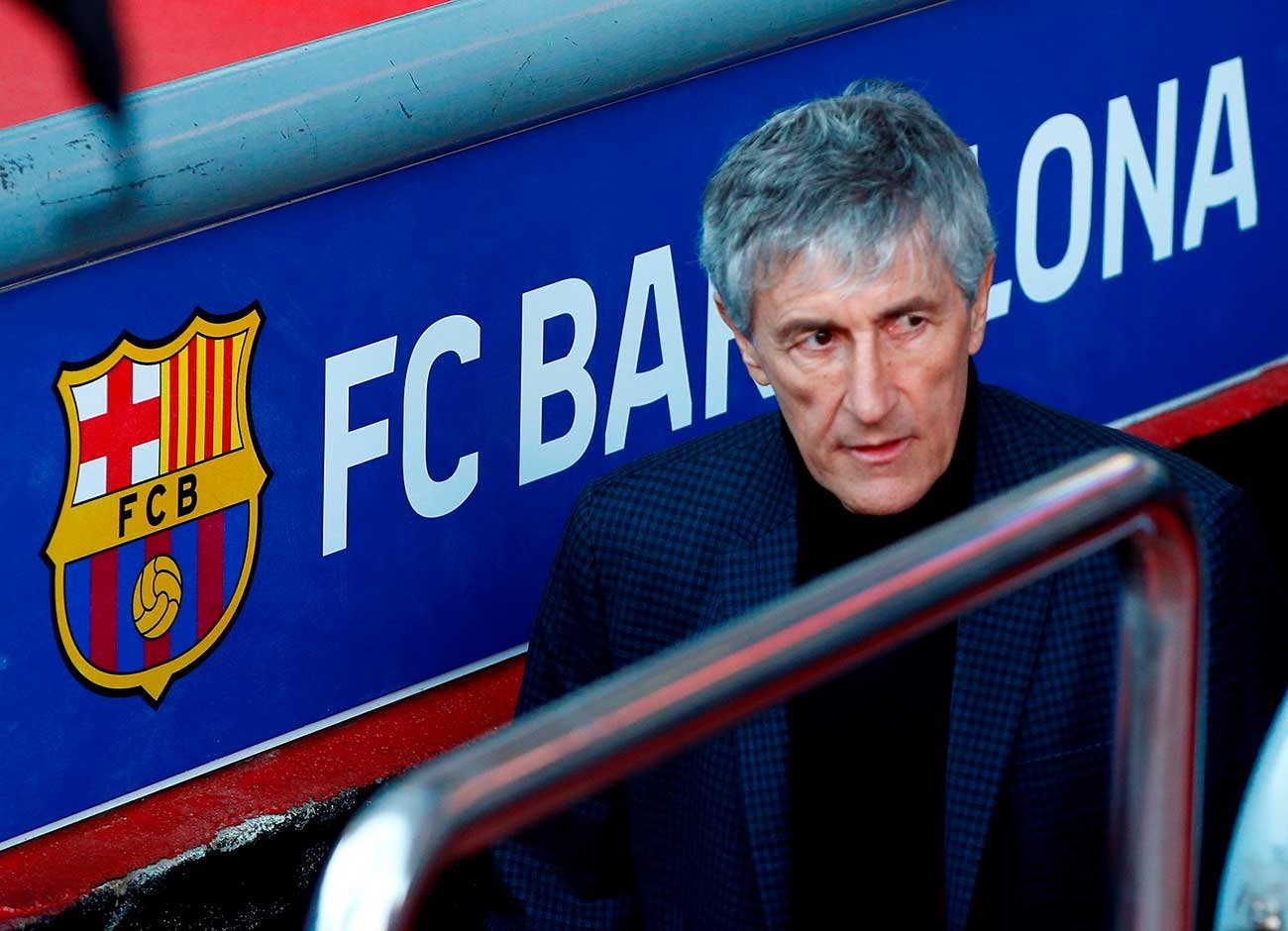 Arriving in the middle of the season and at a club which is top of the table, Quique Setien has plenty of pressure on his shoulders to deliver silverware at the end of the campaign.

Besides just focusing on winning trophies, however, Setien has a number of other issues which need attention.

Signing another striker or not

Luis Suarez has been ruled out for four months following knee surgery which leaves Setien with the decision as to whether a striker should be brought in as cover on a temporary basis or stick with who he has.

Antoine Griezmann is now primed for the central striking role, with the option of Ansu Fati, Ousmane Dembele or Carles Perez moving to the left win, but it is an important call that Setien will have to take.

Under Ernesto Valverde, Barcelona's infamous high press diminished, with very little of the sort seen throughout his tenure.

The same could be said about the possession of the ball, which fell to a far lower level than in years gone by. But with such little time to work with his new squad, and with matches coming thick and fast, Setien has his work cut out.

The midfield will be one of the main areas of focus for Setien, as it is fundamental to both his and Barcelona's desired style of play. He needs to help Sergio Busquets get back to his best, assign a specific role for Ivan Rakitic and Arturo Vidal as well as make clear whether Riqui Puig will be getting minutes.

Sergi Roberto and Nelson Semedo are the right-back options but neither have outright made the spot their own.

Each player brings something slightly different to the table and Setien will need to choose his starting full-back.

Like with Riqui Puig, the appointment of Setien will come as positive news for Junior Firpo who did not enjoy many minutes under Valverde.

Having coached Firpo at Real Betis, high hopes will be placed on Setien to get the best out of the summer signing.