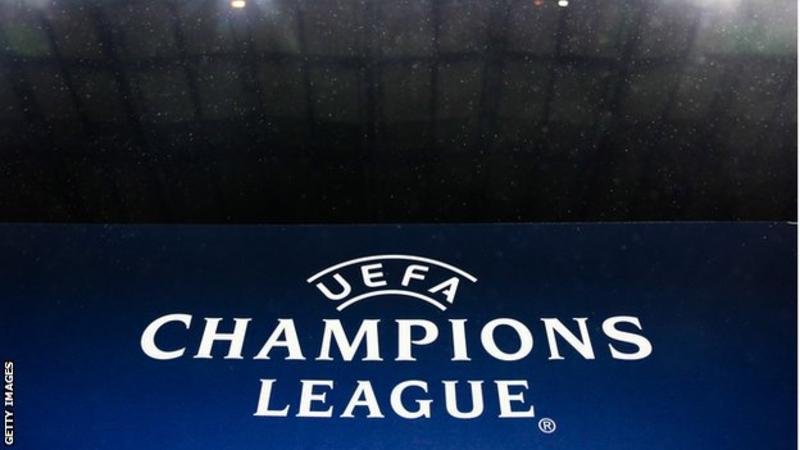 Uefa could authorise one-legged knockout matches for some Champions League and Europa League ties after postponing the finals of all this season's major competitions.

With European football suspended because of the coronavirus pandemic, there was no possibility of the competitions reaching their scheduled conclusion at the end of May. It is still hoped to play the respective finals on 27 June and 24 June, potentially at the end of mini-tournaments to be played in Istanbul and Gdansk.

The Women's Champions League final - originally scheduled for 24 May - has also been postponed.

There is no guarantee of these matches taking place though and work is now being undertaken to try to work out a formula that would allow the competitions to reach a conclusion.

One obvious difficulty is that matches in the men's competitions are at different stages and countries may be allowed to restart professional football at different times. In the Champions League, four last-16 ties have been concluded, while the second legs of the other four are still to take place. In the Europa League, six first-leg ties have been played but two remain outstanding. While it is hard to see Uefa ruling out the second legs of ties that have already started, they may be willing to let the ones that have not - both involving Spanish sides playing Italian ones - be decided by a single game, with the venue to be decided by the toss of a coin.

Quarter-finals and semi-finals could also be played over a single game. It has already been agreed that European club matches could be played on a weekend and it is also understood there is no longer any imperative for the Champions League to be the last club game of the season, raising the possibility of the qualifying rounds for the 2020-21 tournament beginning before the major leagues have concluded.

Avangard vs Lokomotiv: the KHL match

Mannarino vs Mager: how will the game end?

Ural vs Arsenal: who will be stronger?

Venezia vs Torino: how will the meeting end?