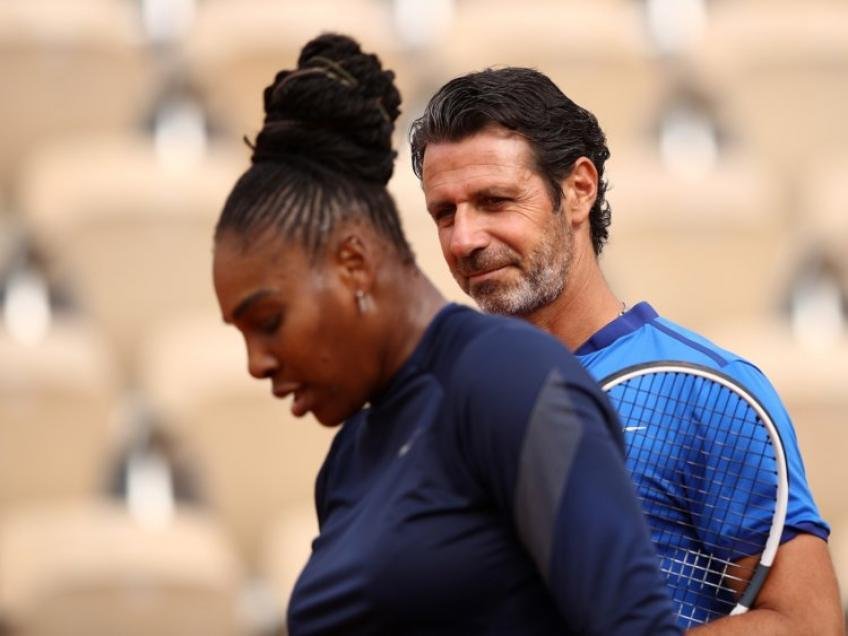 Serena Williams needs to "change her strategy" and "face reality" having not won a Grand Slam title since returning to tennis, says her coach Patrick Mouratoglou. 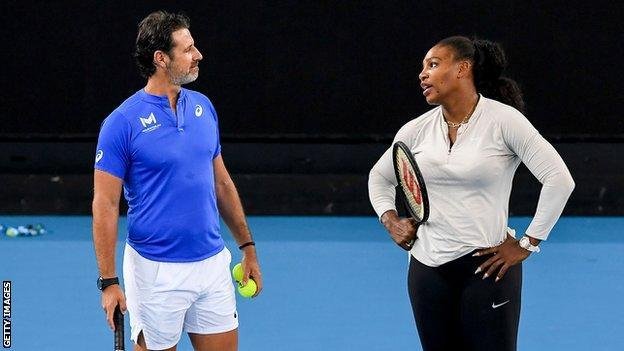 The American 23-time Grand Slam singles champion, 38, has lost four major finals since giving birth to her daughter in September 2017. She was knocked out of the Australian Open in the third round last month.

"We have to accept the fact that it is not working," said Mouratoglou.

Speaking to BBC Sport, he added: "Maybe come back with a different angle, a different strategy and different goals so she can make it.

"She does feel positive, she feels negative too because it is a failure when she doesn't win a Grand Slam.

"We have to face reality, but she is positive that she can make it otherwise she probably wouldn't be on a tennis court anymore.

"She believes she can make it and I believe it too. She's not that far, but we have to change a few things."

Williams said she made "far too many errors to be a professional athlete" when she lost to China's 27th seed Wang Qiang in Melbourne. She has been coached by Mouratoglou since 2012 and has won 10 of her Grand Slam singles titles under him. She returned to tennis four months after giving birth to daughter Olympia with the aim of breaking Margaret Court's record of 24 Grand Slam singles titles.

In January, she won her first title in three years and first since becoming a mother at the Auckland Classic - her 73rd WTA title overall - but Mouratoglou says her performance in Melbourne was "disappointing".

"It's difficult to know how many chances she will have, I don't know how long she is going to be able to play, but being able to reach four Grand Slam finals says a lot about her level, and she's not that far.

"Her level is good enough but we have to understand what is going on and why she is not able to win one. There is a big difference between reaching a final and winning one."