Ak Bars vs. Spartak: Prediction for the KHL match on February 20, 2021 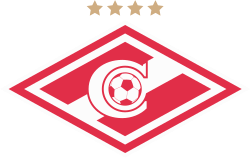 On February 20, "Ak Bars" will host "Spartak" at their home arena. Should effective actions be expected from the teams in the attack? We have prepared our prediction for this match.

On February 18, "Ak Bars" visited Ufa, where they lost in the derby to "Salavat Yulaev" (2:3). Dmitri Kvartalnov's wards conceded the third goal in the minority a second before the final serene.

Before that, the Kazan team won a guest victory over "Dinamo Riga" (4:3), but the trip to Magnitogorsk ended in defeat for "Ak Bars" (0:3) before the break.

In the Eastern Conference standings, the "Leopards" retain their leadership position being six points ahead of "Avangard".

Muscovites moved "Vityaz" from the eighth position of the Western Conference standings. On February 18, "Spartak" successfully visited Nizhny Novgorod, where they took two points in the confrontation with "Torpedo" (3:2).

This is how Oleg Znarok's wards were rehabilitated from an away defeat from SKA (1:3) and from a disastrous away match against "Severstal" (2:5). Between these matches, the "red-whites" achieved a hard victory in Riga over "Dinamo" (2:1).

"Spartak" showed effective attacking play against "Torpedo". Now the "red-whites" need to play to the limit of their capabilities in every match because a ticket to the playoffs is ahead.

"Ak Bars" will try to rehabilitate after losing in Ufa. In our opinion, the match in Kazan will turn out to be with many goals.