Az vs Utrecht: Betting on the hosts? 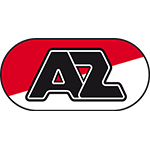 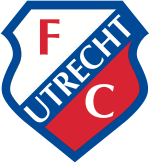 AZ finished the last season of the Netherlands championship with silver medals. In the current campaign, the team from Alkmaar is performing less successfully. At the moment, the team is located outside the Top-3 (fourth place), from which it is three points behind.

"Utrecht" is approaching the play-off zone of the Major League standings. The team won the last two league matches, beating at home "Heracles" (2:0) and "Sparta" (1:0).

So Rene Hake's guys interrupted the streak without victories, which lasted three rounds in a row. During this period, "Utrecht" shared points with the upcoming rival AZ and "Groningen'" (2:2), and also lost to "Vitesse" (0:1) away.

AZ plays quite successfully against "Utrecht" in the home arena. Now the club from Alkmaar is striving to raise to the Top-3, so the hosts' motivation for the upcoming match will be huge.

As statistics show "Utrecht", is showing the best results at the home arena. In our opinion, the guests will not be able to get points in this confrontation.

Our prediction is that AZ will win with odds of 1.91 on 1xbet.