Baskonia vs. Olimpia Milano: Prediction for the EuroLeague match (March 26, 2021) 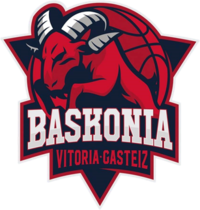 On March 26, "Baskonia" will play against "Olimpia Milano". Let’s have a look at the prediction for this duel.

A week ago, "Baskonia" won a strong-willed victory over "Zenit" (79:75). The game between the Russians and the Spaniards took place in St. Petersburg. By the fourth quarter, the "blue-whites" were leading with a score of 59:45. In the final game segment, Duško Ivanović's wards managed to defeat Xavi Pascual’s players (34:16). For "Baskonia", the handicap changed from negative to positive.

In that epic battle, our W2 prediction played with Alec Peter’s (17 points) and Luca Vildoza’s (15 points) active participation. The hosts are in ninth place.

In the last round, "Olimpia" failed to pass the basketball exam to the leader "Barcelona". In Milan, the Italians turned out to be the formal masters of the arena, while the Catalans were the de facto masters. Ettore Messina's team played extremely ineffectively. In forty minutes, they scored only 56 points. The opponent gained 72 points and a victory in all quarters.

The most accurate among the losing team players was Shavon Shields (10 points). The guests are in the fourth position.

"Baskonia" stopped near the playoff zone. "Olimpia" is rooted in the Top-8 but have not yet guaranteed a place in the elimination games. The hosts and guests are overwhelmed with motivation. During the season, Italians are more stable and successful than their rival. In our opinion, they are capable of taking revenge for the defeat in the first round.

"Milano" are gaining 80 points per game. Last week "Olimpia" played at the level of the average match. We expect that today the guests will maximize their attacking potential.

Our prediction is that "Olimpia" will win the match with odds of 2.10 on 1xbet.