“Bayern” Munich vs “Zalgiris” Kaunas: no options for guest. 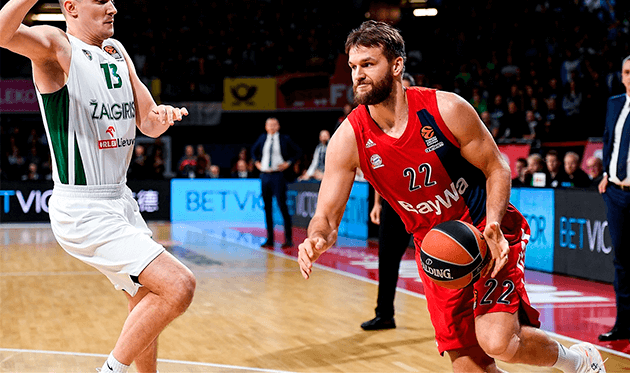 On December 27, in Munich, “Zalgiris” will meet with “Bayern”, experts of Sportex360 prepared a prediction for this event.

The week of paired matches was not easy for “Bayern”. In the German Derby of the Euroleague, only in overtime, they beat “Alba” (77:76). The next match with “Barcelona” was held according to the script of the Catalan. In the first half of the match “Blaugranas” created the base for future victory. After the break, the "red" won both quarters, but not the match as a whole 67:77.

Paul Zipser scored 19 points - this is the best indicator among all basketball players Dejan Radonich. Hosts in fourteenth place.

“Zalgiris” lost both matches in the paired week. The defeat in Mytishchi from "Khimki" became the ninth in a row. “Blue – yellows” did not give “greens” any quarter. The result is 83:74 with 24 points from Jock Landale. Lithuanians are sole outsiders of the regular season. They have only three wins in 15 rounds. The closest competitor, the St. Petersburg Zenit, won one more match.

“Bayern” is at a distance of two wins from the playoff zone. The Germans are quite successful in the matches at their floor. Lithuanians have already failed the season. The participant of the past “Final Four” loses to opponents of all levels and it does not even depend on the venue of the match. We expect, that the "greens" will not stand on the floor of the "reds".