Belarus vs. Estonia: no problems for the hosts? 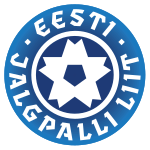 On March 27, the Belarusian national team will start the qualification for the 2022 FIFA World Cup. Will the hosts manage to win the game against the Estonians and dream of qualifying for the world championship? The answer is in the forecast prepared by the experts of our site.

Belarusians have never in history played in the final tournaments of the World Championship. As part of the qualification, they got into Group E, where, besides playing with the Estonians, they will be opposed by the national teams of Wales, Belgium, and the Czech Republic.

In the Nations League, the national team of Belarus failed to reach Division B, as in the fourth group of Division C they could not resist the competition from the Albanians and finished in second place.

The Estonia national team has serious problems before the match with the Belarusians. Fifteen players and head coach Thomas Heberley have been diagnosed with the coronavirus.

In the opening match of the qualification for the 2022 FIFA World Cup, the Estonian national team was smashingly defeated by the Czech national team (2:6). Taking into account that even playing in the main squad the Estonians did not manage to offer a decent resistance to the Czechs, it will be even more difficult with the Belarusians.

Considering the coronavirus and experiments in the Estonian squad, Belarusians deservedly look like the favorites of this meeting. It is extremely important for the hosts to gain three points in the upcoming confrontation. Without winning, it will be difficult even to dream of reaching the final of the FIFA World Cup for the first time in the history of Belarus. We expect a confident victory for the Belarusian national team.

Our forecast is the victory of the Belarusian national team, taking into account the handicap (-1.5) of the goal for the coefficient of 1.85 on 1xbet.