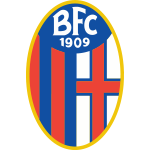 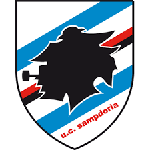 "Bologna" and "Sampdoria" will hold a face-to-face meeting on March 14 as part of the next round of the Italian championship. We offer our forecast and betting option for this match. Will the meeting of the neighbors in the standings be effective?

"Bologna" could not aim for anything more than a place in the middle of the standings. During the current season, Sinisa Mihajlovic's squad performed in series, often losing points in matches where this could have been avoided.

Two previous games in the championship turned out to be a failure for the "Blue-red". After an away defeat to "Cagliari" (0-1), Bologna were unable to fight back on the road to "Napoli", having suffered 12 league fiasco. These setbacks of the team were preceded by a home victory over "Lazio" (2:0).

For the upcoming match, the hosts are coming up with an optimal line-up. An exception is the forward Federico Santander.

"Sampdoria" showed slightly better results than its upcoming rival. Having gained 32 points, Claudio Ranieri's squad settled on the equator of the standings (10th place). For four rounds, the team did not win.

As part of the guests, the match will miss the injured forward Ernesto Torregrossa and the disqualified defender Omar Colley.

Participants of this meeting no longer pursue global tournament tasks. "Bologna" and "Sampdoria" have a comfortable advantage over the relegation zone, which allows the team to play in an attacking manner without serious responsibility for the result.

In head-to-head meetings, the opponents regularly exchange goals. We believe that this match will not be an exception to the rule.

Our forecast is both will score with odds of 1.71 on 1xbet.