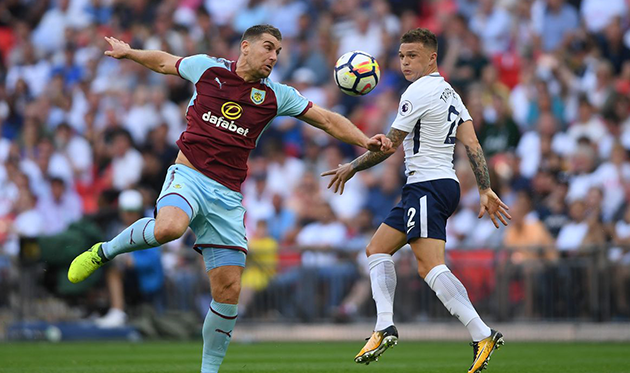 Saturday, March 7 “Burnley” will host “Tottenham” in the 29th EPL tournament. Will the guests snap their losing streak? Our experts have prepared a prediction.

“The Clarets” are in the middle of the standings with 38 points in their margin ranking ninth.

As for squad, Chris Wood and Ashley Barnes have got problems, but Matěj Vydra and Jay Rodriguez are covering them pretty well.

"Burnley" have 6-match unbeaten streak in EPL – four wins and two draws. First, the team of Sean Dyche won over “Leicester” (2:1) and MUFC. Besides, the guests beat “Southampton” and “Bournemouth” (3:0). The match against “Arsenal” ended in a tie (0:0).

The only failure at that time was in the FA Cup. “Burnley” lost to “Norwich” 1:2.

In their previous tournament the team visited “New Castle” and drew with them 0:0.

The team from London managed to earn 40 points in 28 EPL matches, which brought them to the seventh place.

On January 25 “Tottenham” met “Southampton” in terms of the FA Cup 1/16 final. The match which took place at “St Mary's” ended in a tie (1:1). Next, the team of José Mourinho had a good series of several wins. In EPL “Spurs” beat MUFC (2:0), and three days later they knocked “the Saints” out of the FA Cup.

In the previous EPL tournament “Tottenham” lost to “Wolverhampton” – 2:3. Another failure came from “Norwich” in the rematch of the FA Cup fifth round (1:1, 2:3 Pens).

“Tottenham” will leave for Germany to play a Champions League rematch while having plenty of problems in EPL. The winless streak of the team already consists of four matches.

Our prediction is – “Tottenham” win with odds (0) for the coefficient of 1.91