Celta Vigo vs. Levante: the fight in Vigo will be effective 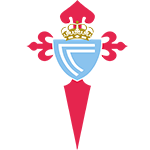 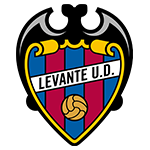 In the opening match of the 34th round of the Spanish Primera in Vigo at the Balaidos stadium, the local Celta and Levante will play on Friday, April 30.

Five rounds before the end of the championship, Celta are in the ninth position in the standings with 41 points scored, lagging eight points behind the seventh European Cup place, which will be unrealistic to win back in the remaining time. In the spring matches of Primera the "Sky Blues" held eight meetings, where they drew and lost three times, and two more fights ended peacefully.

In their last championship game, the club from Vigo managed to beat Osasuna at home with a score of 2:1, thereby interrupting their 3-match losing streak, in which they twice suffered a fiasco and once ended in a draw.

Celta won only two of the last eight league games at home. During the same period, they shared points in three fights and suffered a fiasco the same number of times.

Levante are 12th in the La Liga standings. The team has three points less than Celta. Now the "Frogs" are going through a difficult period. Over the last eight meetings of the championship, they left the field defeated six times and were able to win twice. The last time they won was on April 10 at Eibar (1:0).

At the moment, the Levantines are on a 3-match losing streak. In the last round of Primera, they turned out to be weaker than Elche, losing away with a score of 0:1.

In the last five away matches of the Spanish championship, Levante twice celebrated victories and three times left the field with nothing.

In the upcoming battle, Celta are considered a small favorite, this is due to the fact that the "Sky Blues" play more stable. Levante also need to come to their senses because the team is quite strong, such a series of failures cannot be dragged out so long. For the last six head-to-head confrontations of these clubs, there have been goals scored. So we expect a lot of goals from this game.