CFR Cluj vs. Borac Banja Luka: who will achieve a comfortable victory? 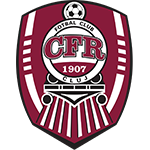 In the first match of the first qualifying round of the Champions League season 2021/22, Romanian CFR Cluj will host Bosnian Borac from Banja Luka on Tuesday, July 6.

Last season CFR Cluj started the campaign in the most prestigious European Cup, where at first they had no problems with Floriana 2:0, but then lost in the penalty shootout to Dinamo Zagreb.

Having moved to EL, the "Railways" overcame two stages of selection and made their way to the group, taking third place there in the same group with Roma, Young Boys, and CSKA Sofia, gaining five points in six games.

Borac had only once participated in the Champions League before. In the 2011/12 season, he played with Maccabi Haifa and lost to the Israelis in two meetings - 1:5 and 3:2.

In total, the club from Bani Luka played four times in European competitions and only once was able to overcome at least one round. This event happened in the last Euroseason in the Europa League.

Since the Romanian Championship ended at the end of May, Cluj are preparing for this meeting through sparring, which they played five times, winning twice with two draws and one fiasco.

After the end of the Bosnia championship, Borac played only one game, where they minimally coped with the Slovenian Mura - 1:0.

The Romanian champion is much stronger than their counterpart from Bosnia. So we predict a comfortable victory for Cluj in this game.