“Clippers” vs “Phoenix”: if “suns” will have enough energy? 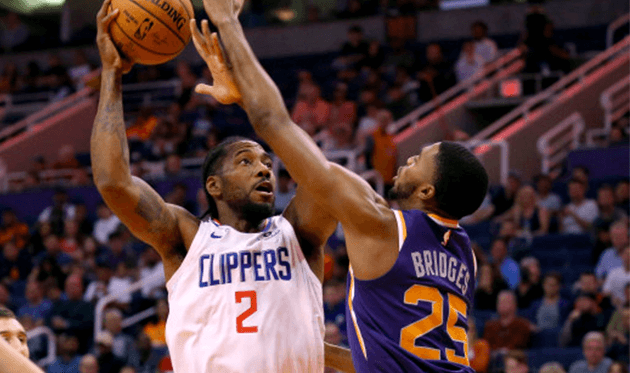 On December 18, “Clippers” will meet “Phoenix” at home, and we made a prediction for that game. Will the “Sailboats” hold the second place?

The team from LA still cannot reach to the level of the leader “Lakers” from West, but they try to keep the bar high. Paul George and Kawhi Leonard’s starry combination brings its result, so it seems, that everything will go according to plan.

In a previous match, the “Clippers” lost to Chicago (106-109). Probably, the opponent’s underestimation worked, that’s why “Sailboats” will do everything to rehabilitate themselves in front of there fans. After the last defeat, the team of Doc Rivers is charged to fight and is motivated than ever.

“Suns” played out, because in the Western Conference, they were outside the zone of play-offs. The team didn’t pass the competition, although they start the season so great and showed good hopes.

Phoenix lost three matches in a row, they allow “Sacramento” and “Oklahoma” to beat themselves in the standings. The team of Monty Williams played without Devin Booker, who has forearm injury, so the line of attack is not very impressive. The “Suns” are in a very difficult situation, and the output is only one- victory.

At this moment, “Phoenix” is not in the form for cocurating with the “Clippers”, especially without Devin Booker. So will not invent anything and offer to bet on the sure victory of the “Sailboats”.

Our prediction is – victory of Los Angeles Clippers with odds (-10.5) points, co-efficient 1.62 in BK Liga Stavok.