“Dallas” vs “Lakers”: who will win this time? 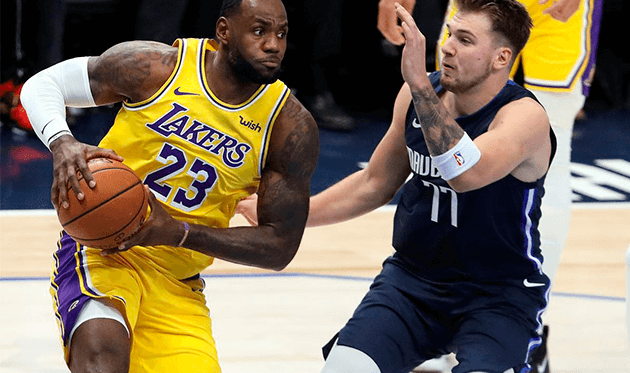 There is no doubt that the match between “Dallas” and “Lakers” is of great importance and we’ve made our prediction for that match which is taking place on January 11. How will the match end?

“Mavericks” have become a real discovery for this season as the team have turned from outsiders to one of the Western Conference top clubs. The presence of Luca Doncic and Kristaps Porzingis in the game played a key role for sure, but we should also mention.

“Dallas” have been showing good results for a long time, however the situation has worsened a little bit lately and it’s because of the problems with the staff.

At the last match Ricky Carlisle’s team lost to “Denver” in their home arena (106-107) rather hurtfully. As we see, the luck also sometimes has its favorites and that time it contributed to “the nuggets”.

A hard match is waiting for Dallas again as they will host the Western leader “Lakers” and there will sure be an enthralling opposition.

The victory of "Lakers" can truly be called a trend, as the team is defeating everyone without leaving any chance for the opponents to take the 1st place of Western Conference. As we see all the necessary people gathered in one place.

Lakers have six wins in a row, in fact five among them took place in their home arena. We should mention the great victory over the very “Dallas”. Then Frank Vogel’s team demonstrate an accurate and reliable game in defense, which contributed to take a rematch. We can be sure that LeBron James and his team are getting ready for that match, but it is still doubtful the participation of Anthony Davis in that game who has badly fallen on his back and couldn’t play the match till the end.

“Dallas” can hardly be considered to be in optimal form now even with Luka Docic in their team. Ricky Carlisle’s guys is kind of performing well, but they need more defense power. “Lakers” are going to the match to prove once more who is the most powerful team of the West and we think they will succeed so we offer to bet on them.

Our prediction is – Los Angeles Lakers victory with CF 1.98 on BK 1xStavka.