De Graafschap vs. Excelsior: how to bet for the match? 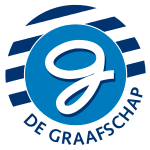 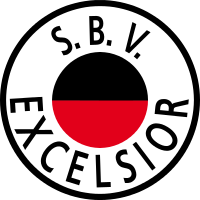 The match between "De Graafschap" and "Excelsior" will be held on March 19 at the De Vijverberg stadium. Here is our prediction for the upcoming match which also includes statistics, due to which we can conclude what historical advantage the teams have in their favor and which team to bet on.

"De Graafschap" is currently in the second position in the championship, thus having the right to get into the elite division directly. But the closest competitor is only four points behind.

"De Graafschap" lost in the opening match in 2021, but after that gave a streak of seven victories in a row, and the total unbeaten streak of the team reaches ten meetings. In the last round, "De Graafschap" outplayed the mid-level team of the First Division "Telstar" with a score of 2:1, scoring the decisive goal in the last minute of the match.

"Excelsior" is behind the playoff zone with 10 points, thus they need to earn those points to be able to reach the Major League. The results of the team have extremely worsened lately. The club lost three matches out of five but managed to deal with "Jong Utrecht" at home (2:0). On the road, the club managed to score points only twice in battles with rivals from the top half of the standings.

"De Graafschap" is in good shape now. The team won 9 out of 11 matches in 2021. In general, the club lost only twice in the championship at home, and one of those games was lost to the leader of the championship. "Excelsior" has gained points in matches against opponents from the top half of the table only twice this season. Moreover, "De Graafschap" definitely needs to gain points to continue the fight for a direct ticket to the Major League.

Our prediction is the victory of "De Graafschap" for the odds of 1.54 on 1xbet.