Denver vs. New York: what to expect from the confrontation? 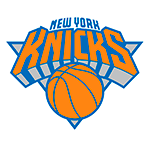 Denver and New York will compete in a head-to-head meeting on May 6, and we have prepared a prediction for this match. Who will get the best result? Find out below.

The Nuggets have already qualified for the playoffs, but they do not stop fighting, as there is an opportunity to finish the main tournament in the Top-3 of the West. The team approached the Clippers, however, in the last meeting they failed.

Denver faced the Lakers and were not ready for such a game, even though the opponent entered the floor without LeBron James. The Lakers were playing defensively, and Michael Malone's guys did not play in a usual way, so they failed to show their best game (89-93).

The Nuggets will try to recover from the failure in the next fight against New York, but it should be understood that the competitor is too motivated and will only play to win.

The New Yorkers have become a real discovery of this season, as in a short period they have become one of the leading teams in the Eastern Conference. Tom Thibodeau's wards finished fourth, which at the start of the season could only be dreamed of.

New York scored three wins in a row, beating Chicago (113-94), then left no chance for Houston (122-97) and prevailed over Memphis (118-104). As you can see, the players understand the head coach and adhere to his plan, which brings good results.

The Knicks are doing great away, so they are ready to face Denver. There is no doubt that an interesting fight awaits us, which has every chance to become a decoration of the game day.

The Nuggets will play as favorites, but the last match showed that not everything was as smooth as we wanted. The team also has problems, plus the players began to relax because they have already made it to the playoffs. The New York Knicks are committed to winning, which helps to move forward and progress. In our opinion, the guests are able to fight.