Denver vs Golden State: Who has the better chance of success? 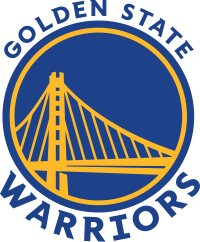 On January 15, "Denver" will try to fight "Golden State" at a home match, so we have prepared a prediction for this match. So who will be stronger? Find out below.

"Nuggets" are gradually joining the fight and have already risen to tenth position. Of course, this result cannot be called good, but it is better than the penultimate position in the Western

"Denver" lost after two wins in a row. The team did not have enough strength in the duel against "Brooklyn", who gave their best fight (116-122). Michael Malone's men need to rebuild again and continue to add, especially with such a squad it will not be a problem.

The "Nuggets" are approaching the match with "Golden State" without serious losses, so they will enter the home arena as a favorite. The hosts are aiming to break into the top 8; however, first they need to beat the "Warriors".

The "Warriors" are performing much better than last season, although there is nothing surprising here, because Stephen Curry is back. The game seems to have improved, but there is still work to do.

"Golden State" remained at eighth place in the Western Conference after the last defeat to "Indiana" (95-104). Steve Kerr's guys played surprisingly terrible in the attack. The team should prepare better for fights if it wants to play in the play-offs.

The "Warriors" cannot yet be proud of a successful away matches, plus a tough match against "Denver" is ahead, especially it’s on the territory of the "nuggets", so difficulties cannot be avoided.

"Golden State" can now hardly be called stronger than the "Nuggets". Rather, on the contrary, with only Stephen Curry, the "Warriors" look weaker, as Klay Thompson is missing, even though, they go above their opponents in the standings.

"Denver" is gradually recovering; the team understands that now is the right moment to push. Last season, Michael Malone's men performed great at home and are trying to get back to the same level. In short, we expect to see a confident victory of the hosts.