SK Dnipro-1 vs. FC Lviv: will the favorite win? 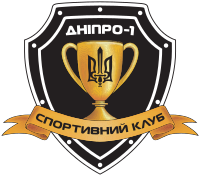 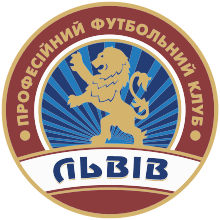 The next round of the Ukrainian championship will open with a match in which "Dnipro-1" will play against "Lviv" at home. Will the hosts manage to extend their successful streak on April 2? We present our prediction and betting options for this match.

"Dnipro-1" looked unconvincing in the first round of the UPL, but after a pause, the team noticeably improved. In the last five rounds of the championship, the club has won three victories and two draws, gaining the same number of points (11) they earned before the break.

The matches against "Desna" (2:0), "Vorskla" (1:0), and "Olimpik" (2:0) were successful for "Dnipro-1", in which "dry" victories were obtained. Igor Jovićević's wards in this series shared points with "Oleksandriya" (0:0) and "Mariupol" (2:2). In the championship standings, the hosts of this match have moved up to the 8th position.

"Lviv" are on the list of teams that at the end of the season will fight to maintain their participation in the UPL. After vacation, the "Lions" recorded an away victory over "Minaj" (2:1), but three defeats in a row threw the team to the last place in the rating.

In this series, "Lviv" alternately lost to "Kolos" (0:2), "Dynamo" (1:4), and "Zorya" (0:4). Taking into account such results, it seemed that Anatoliy Bezsmertnyi's squad would lose to "Shakhtar" without a chance, but in a home game against the current UPL champion, the "Lions" sensationally achieved a victory (3:2).

"Dnipro I" have deserved praise in the second part of the season. The last successes the team achieved due to reliable play in defense, which, in our opinion, can become a key aspect in determining the winner of this meeting. "Lviv" are the most conceding UPL team, so we think that the guests won't gain any points in this match.

Our prediction is the victory of "Dnipro I". This bet can be placed at odds of 1.53 in Fonbet.