Elche vs Betis: No surprises? 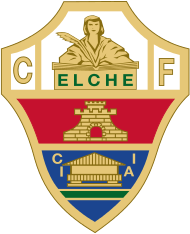 We offer a forecast for the Spanish championship match, in which "Elche" will host "Betis" on April 4. Will the guests be able to take away the tournament points? - the answer is in our material.

"Elche" cannot find its game in any way, but sometimes it shows signs of life. The team from "Alicante" made their way to the elite championship from the Segunda's sixth place, which does not happen often. From the first rounds, it became clear that the team did not match the strength of La Liga, which was reflected in the results of the team.

For 28 rounds of the current championship, Francisco Escriba's wards scored 25 points and 17th place in the standings. The team has the second worst indicator in terms of conceded goals, with rather modest indicators in attack. After the victory over "Sevilla" (2:1), the "Green-striped" suffered two defeats and in the last round shared the tournament points with "Getafe" (1:1).

Today Boye will not be able to enter the field, who has too many yellow cards.

"Betis" is above all praise in the current season, which the fans have been waiting for from the team. "Sevilla's" second team after 28 rounds of the current season managed to get 14 victories and three draws, which brought 45 points and the sixth position, which gives the right to play next season in the Europa League.

The "White-Greens" played great in the attacking line, where they hit the opponents' goal 38 times, while conceding even more. In the last five rounds, the "Heliopolites" lost in the derby to the city's main team and recorded four victories - over "Getafe" (1:0), "Cadiz" (1:0), "Alaves" (3:2) and "Levante" (2:0), for which we made a forecast.

Today Martin and Camaras, who has a knee injury, will not be able to enter the field.

"Elche" has no room for error - each defeat brings the team closer to "Segunda". "Betis" are already in the Europa League zone, but it will be extremely difficult to maintain this position.

In our opinion, success will be on the side of the guests today, who have a classy and experienced team, capable of causing trouble for any opponent.

Our prediction is that "Betis" will win with odds of 1.86 on 1xbet.