Genk vs. Standard Liege: what will the rehearsal of the Cup final bring?

Genk vs. Standard: Prediction for the Belgian championship, March 19, 2021 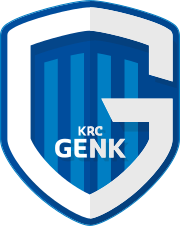 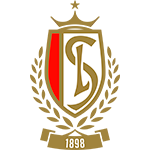 On Friday, March 19, in the opening match of the 31st round of the Belgian football championship, "Genk" will host "Standard Liege" at home. Here is our forecast for the match.

With 49 points "Genk" took the third position, being only three points ahead of the fifth place, which does not give the right to qualify for the champion group.

Now the "Blue-whites" have a 4-match winning streak, taking into account all the tournaments held. During this period, they achieved two victories in the championship, and also passed "Mechelen" and "Anderlecht" in the Cup of the country, and made their way to the final.

In the framework of the Belgian championship, "Genk" in their arena dealt with "Cercle Brugge" (2:0), and on the road, they beat "Charleroi" with a score of 2:1 in the last round.

In the home meetings of the current championship, "Genk" got hold of 28 points, having won eight matches with four peaceful outcomes and three defeats; the goal difference in these games is 32:18.

"Standard" with 40 points is now 12th in the standings, lagging three points behind the eighth position, which gives a pass to the playoffs for a place in European competitions. In the national championship, the club from Liege could not win over the past seven meetings, so far having lost in four of them with three peaceful results.

In the last round of the championship, the "Red-whites" lost on the road to "Mouscron" (0:1), which became for them the third fiasco in a row. However, in this unfortunate period, they managed to make their way to the Belgian Cup final, where they will play with their upcoming opponent on April 24.

Outside the home walls in the current championship, "Standard" has earned only 18 points out of 40. They won five times with three draws and seven fiascoes. The difference between goals scored and conceded in them is 20:19. In the first round, these teams drew 0:0, and last season, "Standard" succeeded twice - 1:0 and 3:1.

Taking into account the importance of this match for both clubs, we recommend betting on a low outcome in this game.

In this confrontation, the bookmakers give preference to the hosts.

We offer to bet on the victory of "Genk" with a coefficient of 2.14 on 1xbet.