Gent vs Oostende: Which choice to make?

Gent - Oostende. Prediction for the match of the Premier League of Belgium (March 8, 2021) 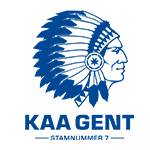 "Gent" will play against "Oostende" at their home arena in the 29th round of the Belgian championship. After analyzing the teams, we offer our forecast and option for betting on the match that will take place on March 8th.

Leapfrog on the coaching bridge and the lack of stability prevented "Gent" from showing positive results this season. At the moment, the "Buffaloes" do not even get into the top eight, from which they have distanced themselves by six points.

In the last seven rounds of the championship, "Gent" did not lose, but the team shared points with their rivals five times in this series. In the last round, Hein Vanhazebrouck's wards failed to keep the winning score in the away game against "Mechelen" (1:1), and the club finished their performances in the Belgian Cup ahead of schedule and losing to "Eupen" (0:1) on March 3.

The hosts have striker Laurent DePuart, midfielder Sulayman Marr, and defender Michel Gade-Ngaju in the infirmary.

The club from the city of the same name has one of the best seasons in its history. The "Tricolors" are stable in taking points, which allows them to stay in the top four of the rating, which they close.

In the four previous rounds of the league, the team of Alexander Blessin scored nine out of 12 possible points. In the asset itself, "Oostende" entered confident victories over "Sint-Truiden" (3:1), "Genk" (3:1) and "Mechelen" (2:0). Also in this series, the team was marked by an away draw against "Eupen" (1:1) and a departure from the Belgian Cup from "Cercle Brugge" (1:3).

The guests will not play the disqualified midfielders Maxime D'Arpino and Anton Tangier, as well as two injured midfielders - Sindrit Guri and Cameron McGeehan.

"Gent" retains theoretical chances of getting into the TOP-8, but the "Buffaloes" need to be given a winning streak for this, which will shorten the distance from the coveted line.

"Oostende" are in great shape now, and the team's motivation is to finish the main segment of the season in the TOP-4. In our opinion, the need to take points will oblige both teams to play attack.

Our forecast is both will score with odds of 1.70 on 1xbet.