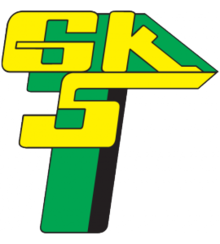 We present the prediction and betting options for the 23rd round match of the First Division of Poland, in which Górnik Łęczna and Chrobry Głogów will play on April 1. Will the hosts take three points, or will the guests have a chance to fight back?

The club from Leczna is improving in the class according to the results of the current campaign. After 22 rounds played in the First Division, "Górnik" scored 12 victories and five draws, which in total brought the team 41 points and the current second place in the standings.

Of course, in the last rounds "Górnik" did not gain points, which allowed the leader "Termalica" to get six points ahead. The team's troubles began with a home loss to "Korona" (0:1) and continued in an away game against "Radomiak" (0:3). Prior to that, "Górnik" had won three matches in a row in the championship.

The team from Glogów solves less modest problems in the national championship. At the moment, "Chrobry" are 12th in the First Division ranking with a comfortable distance from the relegation zone (13 points). The struggle for survival does not threaten this team, but it will be difficult for them to get into the Top-6 either.

In the last round of the league, "Chrobry" hosted "Puszcza" at home. Having conceded two unanswered goals, the hosts of that meeting suffered their ninth defeat in the season. Prior to that, the guests of this match had achieved the eighth victory in the championship, beating away "GKS Jastrzębie" (0:1).

In this match teams of different calibers will meet, which is confirmed by their current standings. After two failures, "Górnik" are obliged to play maximum responsibly and disciplined in order to get three points and leave their direct competitors far behind. In our opinion, "Chrobry" will lose in this match.

Our prediction is that "Górnik" will win with odds of 1.89 on 1xbet.