Huesca vs. Real Madrid: an easy win for the favorite? 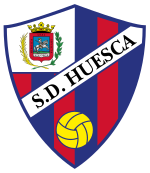 We are offering a prediction for the Spanish championship match, in which "Huesca" will host "Real Madrid" on February 6. Will the guests be able to get another easy victory? The answer is in our material.

For the second time in its history, "Huesca" won the right to play in the top division of Spain. Four years ago, for the first time in history, the Aragonese entered the Primera, but could not hold out in this tournament.

Last season, the "blue garnets" won the title of champion of the Segunda and got a ticket to La Liga. The start of the team in the new championship turned out to be difficult and for now the "Oskens" are in last place in the standings.

In the King's Cup, the team has already completed the performances. In the first game, the team barely beat "Marchamalo" (3:2 pen.), but then the impassable "Alcoyano" (1:2) stood in the way.

Today Valera, Luisinho, Mosquera, and Ramirez will not be able to enter the field. Insua is in isolation with the coronavirus.

The current champion is having a difficult season. The start in the Champions League was very difficult. Only in the last round, "Real Madrid" managed to defeat "Borussia Gladbach" and made it to the playoffs, where they will soon continue their performances.

It is noteworthy that in the Copa del Rey the "galacticos" fell victim to the same "Alcoyano" (1:2). The same fiasco happened to the capital club in the Spanish Super Cup, where the "whites" at the first stage could not deal with "Athletic" (1:2).

The performance in La Liga is also not successful. In 20 rounds, the "creamies" won 12 victories and ended in a draw four times, which brought 40 points and third place. It should be noted that the guests have absolutely equal performance with their main competitor – "Barcelona".

The gap from the first "Atlético" is as much as 10 points while "mattress makers" still have one match in the reserve. After an unexpected draw with "Osasuna" (0:0) and a victory over "Alaves" (4:1), another more unexpected defeat at home from "Levante" (1:2) followed.

"Huesca" has not yet been able to find its game and rare successes in the results will not save the team from relegation. "Real Madrid" left the Spanish Cup, but ahead the team has the battle for medals and the Champions League, which is still the main task for Zidane.

Obviously, the guests are much higher in class than "Oskens" in all aspects and can win exclusively on the class, although the motivated hosts will not give three points without a fight. Most likely, the guests will be able to win a confident victory.