Jan Blachowicz vs. Israel Adesanya: will there be a new champion? 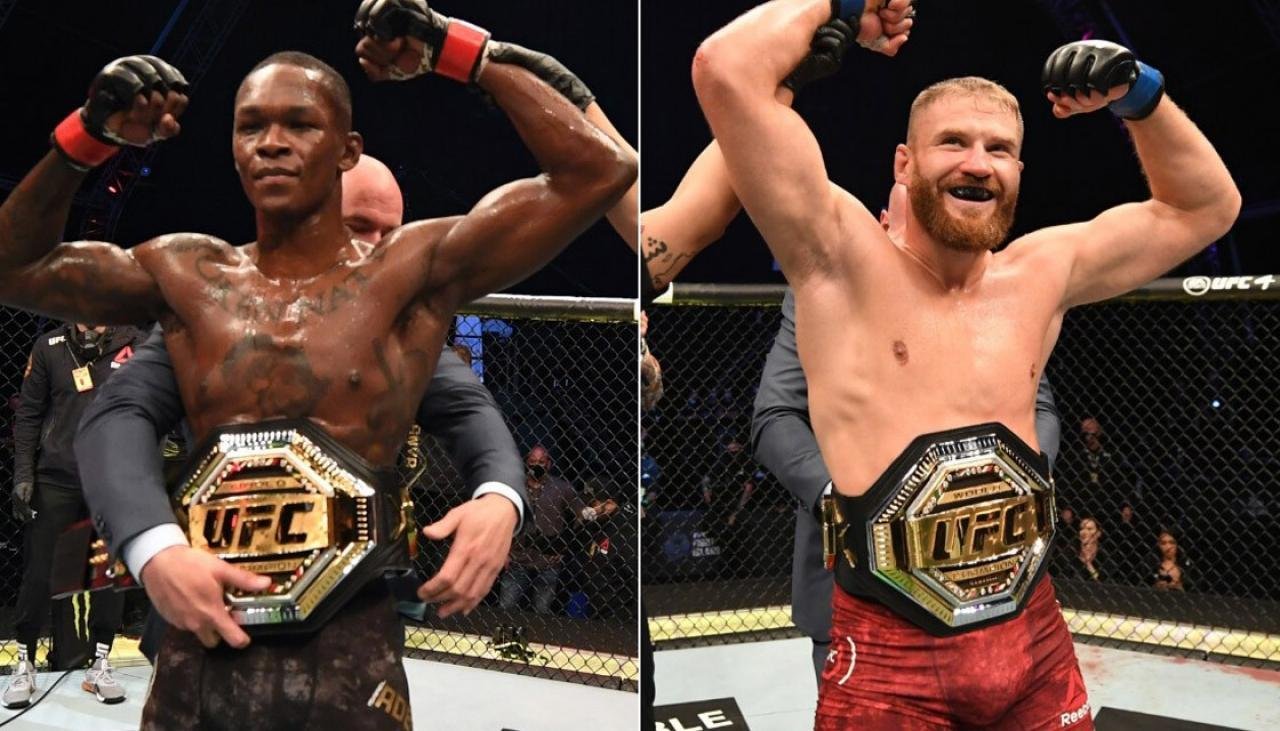 On March 7, we will see a spectacular duel between Jan Blachowicz and Israel Adesanya. We have prepared our prediction for this exceptional fight. Will the Pole succeed in a difficult confrontation?

During his entire professional career, Jan had a total of 35 fights, in 28 of which he celebrated success. The fighter lost to Thiago Santos in February 2019, but after that, he developed the streak to four victories and got a chance to fight for the world champion title. In the previous two fights, Blachowicz looked very confident and knocked out Corey Anderson and Dominick Reyes.

The Pole has strong grappling, and in the stance, he acts quite aggressively and practically does not give space to his opponent. He constantly kicks and demonstrates excellent control in the clinch. Despite his age, Jan is in excellent shape and is able to overcome the entire championship distance, working at a stable pace.

Israel is going on a series of 20 victories and has not known yet the bitterness of defeat in his professional career. Last year, he had two fights in the Octagon. In the first case, he defeated Yoel Romero by unanimous decision of judges, and in September he proved his superiority over Paulo Costa, knocking him out already in the fourth minute of the second round.

The Nigerian knows how to work as number two and catch opponents on mistakes, sending them to "sleep". But it will be very interesting to see how Adesanya will demonstrate himself in the new weight category and whether he will slow down because due to his speed, the "Last Stylebender" often achieved success.

Bookmakers consider Adesanya to be the clear favorite of this fight. However, we disagree with this. Firstly, Israel will not compete in his usual weight category, which means he will lose speed. Secondly, for Blachowicz this is the only chance to write his name in history, because he is already 38 years old, and he is in his best shape. The Pole has everything to deal with the opponent. If Jan does not force events, then the victory will go to him.

Our prediction is the victory for Jan Blachowicz for 2.92 odds on 1xbet.