Anderson vs. Monteiro: whose is the chance to win? 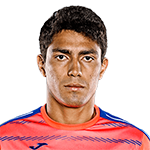 In the first round of Masters in Miami, Kevin Anderson will play with Tiago Monteiro on March 25. Who has the best chance of winning in this confrontation? Read the answer in our prediction.

Anderson has been plagued by injuries lately. That’s why Kevin has played only four matches this season, and the day before he refused to participate in competitions in Doha and Acapulco. But despite this, the South African tennis player is in no hurry to end his career. Anderson still wants to play at a high level for some time.

There are doubts that injuries will allow him to show his best tennis. For example, at the Australian Open, Kevin finished his performances in the first round of the competition, losing in three games to Matteo Berrettini (6-7, 5-7, 3-6).

Monteiro is a typical clay court player. Although it is worth noting that the most matches in the current season the Brazilian tennis player played on hard. And he did it very well.

At the beginning of the year in Melbourne, at the Great Ocean Road Open tournament, Tiago managed to reach the semifinals of the competition, where he lost in two games to Stefano Travaglia (3-6, 4-6). Monteiro flew out of the Australian Open in the second round of the competition - Andrey Rublev got in the way of the Brazilian (4-6, 4-6, 6-7).

Anderson has been doing nothing but healing injuries lately. Therefore, the South African tennis player refused to participate in the recent tournaments in Doha and Acapulco. So there are certain doubts that Kevin will approach the upcoming Miami Open in proper readiness.

That’s why we propose to play the victory of his opponent in this pair. Monteiro is good at long rallies, so he will definitely have a chance to beat Anderson.

Our prediction is Monteiro's victory for 2.40 odds on 1xbet.