Krasnodar II vs. Chertanovo: will the “Bulls” bring 3 points?

Krasnodar II vs. Chertanovo Moscow: Predictions and bets for Russia FNL on April 2 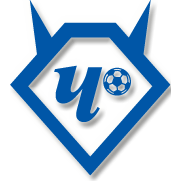 In the opening match of the 34th round of the first Russian league, "Krasnodar II" will play at home with "Chertanovo". The match will take place on April 2.

"Krasnodar II" are fighting for survival. Now they are in the relegation zone (in the 18th position) with 34 points, but at the same time, they are only one point behind the safe 16th position. In the spring part of the championship, the "Bulls" could win only one out of seven games, having beaten "Veles" at home on March 6 with a score of 2:1. During this period, they drew twice and suffered four fiascoes.

Three out of four defeats fell on the last three rounds of the championship, where "Krasnodar" lost away to "Orenburg" (0:1) and "Nizhny Novgorod" (0:3), and also to "Yenisey" (0:2) on their territory. The second line-up of "Krasnodar" scored 23 out of 34 points in their home arena.

Currently, "Chertanovo" are in 20th place in the FNL Russia standings, having 25 points in their credit, lagging behind the 16th safe position for the whole nine points. Now the Muscovites have an 8-match losing streak in the national championship, in which they lost six times and drew two matches. Their last victory dates back to November 29, 2020, when they beat "Neftekhimik" 1:0 at home.

In the past two rounds, the "Devils" did not score points, losing both times. First, they were defeated by "Torpedo" in the derby (0:3), and then they lost to "Akron" at home (0:1). In the first round game, "Chertanovo" defeated "Krasnodar II" (1:0) at home, and last season they exchanged guest victories - 2:1.

The struggle for survival for the "Bulls" is not as hopeless as for the "Devils", who already have one foot in the PFL Russia. If "Krasnodar II" win, they can even leave the relegation zone.

We bet on the victory of the "Chertanovo" in this match with odds of 4.52 on 1xbet.