SC Kriens vs. Grasshoppers: Isn't it time to win?

Kriens vs. Grasshoppers: Prediction for the match of the Switzerland Challenge League (March 12, 2021) 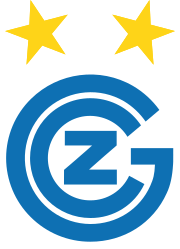 "Grasshoppers" have not won in the last four rounds of the championship. Will the "Grasshoppers" interrupt their losing streak on March 12 against "Kriens"? The answer is in the prediction prepared by our experts.

The club from Kriens city has been playing in the Swiss Premier League since 2019. In the current campaign, the "Kriens" are not demonstrating any outstanding results. The team is based on the third position from the bottom of the standings, having shown the following results: five wins, seven draws, and 12 defeats.

"Grasshoppers" may lose their obvious leadership in the Challenge League and also the direct ticket to the elite of Swiss football. In the last four matches of the championship, the "Grasshoppers" cannot win. After draws with "Wil", "Schaffhausen", and "Lausanne Ouchy" (1:1), the team lost to "Winterthur" with a minimum score (0:1).

So far, the "Grasshoppers" have held the first position of the rating. "Grasshoppers" are ahead of the second "Schaffhausen" by four points, so the whole fight for gold is still ahead.

"Grasshoppers" need to get out of the crisis to avoid a nervous ending to the season. After a series of failed matches, the leader of the championship should come to the senses and score points in a match with an opponent who is frankly inferior to the leading club in class.

The "Kriens" was also not doing well in the last rounds. Taking this into account, as well as the motivation of the guests, we suggest placing a bet in favor of "Grasshoppers", insuring it in case of a draw.

Our prediction is that "Grasshoppers" will win with a handicap (-1.5) which can be bet with a coefficient of 3.82 on 1xbet.