Los Angeles Lakers vs. Charlotte Hornets: will the “Lakers” continue their successful streak? 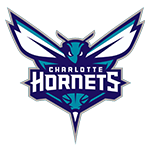 The "Lakers" will play with "Charlotte" at home on March 19. Will the "Lakers" manage to stop the "Hornets"? See the answer in our prediction.

It looks like the "Lakers" have found their game, as it is very interesting to observe their actions lately. In recent fights, Frank Vogel's men have defeated "Indiana" (105:100), "Golden State" (128:97), and "Minnesota" (137:121). Thanks to this series, they fortified their positions in the third place of their conference. In case of another victory, LeBron James and the team have every chance of pushing "Phoenix" from second place of the Western Conference.

Anthony Davis is still in the team's infirmary. But it looks like the "Lakers" have already learned to play without him.

The visit to the "Ball Arena" in Denver turned out to be unfortunate for "Charlotte". James Borrego's players failed to deal with the "Nuggets" and lost to them with a score of 104:129. Thus, the "Hornets" interrupted their winning streak, which consisted of four matches. Despite this setback, the "Hornets" retained their fifth position in the East.

It should be noted that "Charlotte Hornets" are very unstable playing on the road. They miss a lot and because of this, victories alternate with defeats.

Recently, the "Lakers" have been successfully performing at home. Vogel's wards have won 4 of their 5 games, beating "Portland", "Indiana", and "Golden State". Moreover, all these victories were confident. We believe that the "Lakers" will easily deal with "Charlotte". Borrego's wards are not very good at playing defense, so it will be very difficult for them to stop the hosts.

The key to the "Lakers" luck is their successful play under their rim. Even "Golden State" and "Indiana" failed to score more than 100 points in Los Angeles. It’s hard to believe that "Charlotte" will succeed.

Our prediction is the victory of the "Lakers" taking into account the handicap (-7.5) points for the coefficient of 1.93 on 1xbet.