Latvia vs. Montenegro: how will the qualifying match start? 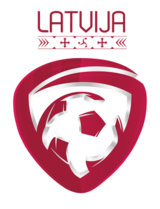 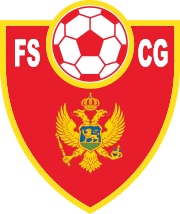 On March 24, Skonto Stadium will host the qualifying match for the 2022 World Cup between the national teams of Latvia and Montenegro. We assessed the teams' chances of winning and offered our prediction and betting options.

Latvia became the worst team in Group G in the UEFA EURO 2020 qualifying round. In the same group with Israel, Slovenia, North Macedonia, Austria, and Poland, the Baltic have suffered nine defeats, having issued only one victory in the last game against the Austrians (1:0). With three points in the asset, the team finished in the last place.

In the UEFA Nations League, Dainis Kazakevic's team played in a quartet with Andorra, Malta, and the Faroe Islands, where the Latvians scored seven points and finished third. In the last official match, Latvia beat Andorra away (5:0).

Montenegro failed at the qualifying stage of the European Championship, becoming the worst team in Group A. The Balkan team could not even surpass Bulgaria and Kosovo; those teams had a more stable tournament. In eight matches of the group, the Montenegrins suffered five defeats and drew three times, scoring only three goals.

Miodrag Radulovic’s team performed much better in the UEFA Nations League, wherein the quartet they were opposed by Luxembourg, Azerbaijan, and Cyprus. With such an opponent, the Montenegrins had four wins and one draw, losing only their home match to Luxembourg (1:2).

To qualify for second place in the group, the Montenegrins need to start the selection by defeating an opponent who is clearly inferior to them in class. Latvia has been showing good performance only in matches with outright outsiders, so in the upcoming game, we give preference to guests.

It is difficult for Latvians and Montenegrins to score goals, so we play low effectiveness with the second bet.