Loko vs MHC Dynamo Moscow: third match of the final 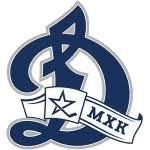 The third match of the "Loko" series - "MHC Dynamo Moscow" will take place within the framework of the Kharlamov Cup playoff final at the Arena-2000 Lokomotiv stadium on April 19. Will Yaroslavl have chances for a comeback? Read about it in our forecast.

"Loko" has driven itself into an extremely difficult situation, having suffered two defeats in Moscow. But it is worth admitting that Alexander Ardashev's wards lost both meetings on the case. In game number one, "Yaroslavl" had a great first period, but failed the second. In the final game segment, they managed to restore the status quo, but in the shootout they still wavered - 1:2.

The next day, the defense worked much worse, and the attack again managed to score with only one puck - 1:3. Do the "Railroad workers" have a rescue plan? We will find out the answer today.

"Dynamo" still knows no defeat in this playoffs. It is felt that the team under the leadership of Yaroslav Lyuzenkov has a huge margin of safety, which, in addition, is fueled by unshakable self-confidence.

We managed to take the difficult first match for ourselves, and this moment helped the "Blue-white" very seriously, who flew to attack the opponent's goal from the first minutes of the fight number two. The score was opened quickly: Ivan Didkovskiy opened the gate of "Loko" in the sixth minute. Before the break, the sides exchanged goals, after which the fans waited for the next goal for half an hour of playing time, when the final numbers on the scoreboard were set by Yegor Alanov - 3:1 and 2:0 in the series.

Today "Loko" needs to give up all their strength, otherwise such "Dynamo" will simply not allow it to win back from 0-3. Still, we hope that such a series will last longer, since the rivals are standing against each other.