Musetti - Novak: will Musetti start with a crushing victory?

Lorenzo Musetti vs. Dennis Novak: prediction and bets for the tournament in Cagliari on April 5, 2021 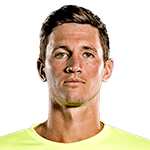 Italian Lorenzo Musetti will play against Austrian Dennis Novak in the first round of the tournament in Cagliari (Italy). The match will take place on April 5.

Musetti, who was known before this season probably only to tennis experts, had a very powerful second half of March, thanks to which he burst into the Top-100 rankings.

First, the 19-year-old tennis player sensationally reached the semifinals at the tournament in Acapulco. In Mexico, he managed to beat Diego Schwartzman, Frances Tiafoe, and Grigor Dimitrov. And then Musetti passed two rounds at the Masters in Miami. After victories over Michael Mmoh and Benoit Paire, he was stopped by Marin Cilic.

It is also noteworthy that at the beginning of the year Musetti reached the final at the Challengers in Antalya and Biella.

Meanwhile, Dennis Novak more or less successfully has performed this season only at the tournament in Montpellier. The Austrian made it to the quarterfinals, first beating Gilles Simon and then Dusan Lajovic.

At the Australian Open, Novak lost in the first round. In Marseille and Dubai, the 27-year-old also failed to make it through the opening round of the tournaments.

Despite his age, Musetti is likely to be one of the main contenders for the title in Cagliari. The tournaments in Acapulco and Miami showed that the Italian is ready to play on equal terms even with the representatives of the Top-20.