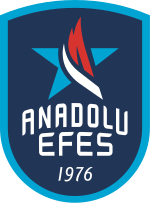 On March 16, Tel Aviv will host the Euroleague match between "Maccabi" and "Anadolu Efes". Let's get acquainted with the prediction for this meeting.

Last week "Maccabi" suffered another defeat in the current regular season. In Athens, they could not resist "Panathinaikos". Until the fourth quarter, the duel was equal. After 30 minutes the Greeks were leading by three points 58:55. Ioannis Sfairopoulos’s guys failed in the final segment with a score of 8:23, as it has already happened more than once.

The final score is 81:63. The most productive player in the Middle East club was Scottie Wilbekin (14 points). The hosts are now in the fourteenth position.

"Anadolu" is the most progressive club in the context of the last seven matches. All of the matches ended in favor of the Turkish club. They are currently ranked fourth in the regular-season standings and have a second quote in the Euroleague triumph.

On Friday, "Efes" easily beat "Zalgiris" (89:62). By the fourth quarter, the outcome of the confrontation was clear 76:48. In the remaining time, rivals rarely got into the ring, and losses, on the contrary, became more frequent. Ergin Ataman has five basketball players in his team who scored more than ten points.

The Euroleague Championship is about to over. The participants were divided into those who can fundamentally improve the standings and those who are finishing the season. "Maccabi" will not advance to the playoffs. "Anadolu" is fighting for a place in the Top-4. Israelis and Turks are currently in different shapes. We bet on guests with a negative handicap.