Malta vs. Russia: no chance for Malta? 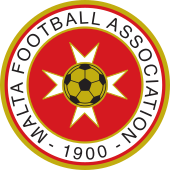 We offer a forecast for the World Cup qualification match, in which Malta will host the Russian national team on March 24. Will the islanders succeed to resist the Russians? The answer is in our material.

The Malta national team represents one of the smallest countries in the world. The current hosts have only two off-island footballers representing Portugal's second league and England's fourth division. The team has never made it to a major international tournament in history, and today they have a minimum chance of success.

Last year Malta suffered only one defeat in the match with the Faroe Islands (2:3) and played well in the Nations League. Devis Mangia's wards played in League D, where they managed to take second place, ahead of Latvia and Andorra. The Maltese played against the Russian national team only as part of friendly matches, but it was still under Oleg Romantsev’s leadership, and then the Russians defeated today's hosts with a score of 2:0.

The Russian national team is in a rather difficult group. Today's match will set the pace to the qualifying cycle for Stanislav Cherchesov's wards. After the defeat in November from the Serbian national team with an unacceptable score of 0:5, the head coach called for many new players and it will be necessary to decide who to remove from such an expanded squad.

It should be noted that the Russian players will come out in a new outfit, which they believe is simply bound to bring success. The nominal guests last won on September 6, when they defeated Hungary (3:2), after which they suffered three fiascoes and drew three times - with Turkey (1:1), Hungary (0:0), and Moldova (0:0).

For Stanislav Cherchesov, this match will be decisive for the further qualifying round. All players are eager to fight, which is important. In our opinion, the islanders have no chances of success today, and the Russians will please and take a confident step towards Qatar-2022.