Mansfield Town vs. Forest Green Rovers: will the hosts interrupt their unsuccessful streak?

Mansfield vs. Forest Green: prediction and betting tips for the League Two match of England 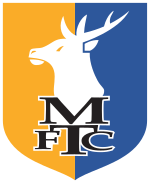 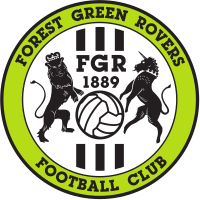 In the 28th round of the League Two of England "Mansfield" and "Forest Green" will meet. Will the hosts interrupt their streak without wins? - The answer will be found in our prediction below.

The team significantly broke away from the relegation zone, creating a comfortable 11-point lead for themselves. But getting into the playoff zone does not seem realistic for the team either, as the gap from it is 15 points.

Already three rounds in a row, "Mansfield" cannot win; first, there was a defeat at "Crawley Town" (0:1), and then two draws - 1:1 with "Carlisle United" and 2:2 with "Grimsby Town". By the way, the second peaceful result may well be considered a failure, as the "Grimsby" team closes the standings - it has 28 points and is 10 points behind the saving 22nd position.

"Forest Green" continues to fight for the direct promotion zone, which is currently in third place with 61 points. The team is lagging behind the leading "Cheltenham Town" with four points, but there is still a match in reserve. Of course, third place is also not guaranteed to "Forest", as the team has the same points as "Tranmere Rovers" which is in the playoff zone.

In the previous three matches, "Forest Green" achieved only one victory, one more match ended in a draw and lost in one meeting.

"Forest Green" is fighting for a direct ticket to the League One, while "Mansfield" is already finishing the season, as they will neither fly out of the league nor improve in class anymore.

We offer is to bet on the victory of "Forest Green" in this match with odds of 3.01 on 1xbet.