Fucsovics vs Rublev: How will the fourth meeting of tennis players end this season? 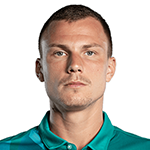 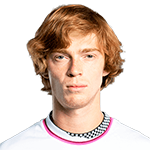 Andrey Rublev will play with Marton Fucsovics in the third round of Masters in Miami on March 29. This will be their fourth face-to-face meeting this season. How will the upcoming fight end? - read our forecast.

Fucsovics will have to play with Rublev again. In the current season, tennis players have already met each other three times - Marton did not go to one game at all, citing a back injury, and after the last fight he said in a joking manner that he would not want to meet with Andrey again this year.

But the tournament grid again brought the tennis players together in Miami. We recall that Fucsovics beat Thanasi Kokkinakis (7-6, 6-7, 6-4) in the opening match at the current competition.

Rublev continues to collect victories in the current season. The Russian tennis player has 19 of them this year with only three defeats. Andrey also has one trophy won this season.

Rublev successfully played in competitions in Rotterdam, where, by the way he beat his upcoming rival Marton Fucsovics (7-6, 6-4) in the final. Andrey won a landslide victory over Tennys Sandgren (6-1, 6-2) in the first round of the current Masters in Miami.

This season, Rublev beat Fucsovics in only two games, leaving his opponent no chance to at least cling to victory in one of the sets. We expect that the next face-to-face match of tennis players will also end with the victory of the Russian in two games.