Miami vs. Philadelphia: will the favorite win again? 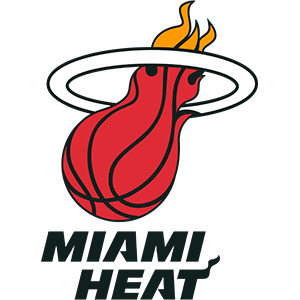 Miami and Philadelphia will play a personal match in the NBA regular season on May 14, and we have prepared a prediction for this action. Who will be stronger? Find out below.

The Heat qualified for the playoffs; however, there is still an opportunity to improve the standings. There are three fights left until the end of the main tournament, respectively, they need to save their strength, because there are serious tests ahead.

Miami won three matches in a row, first dealt with Minnesota (121-112), and then they managed to beat Boston twice. Thanks to the successful play in the last games they managed to get a spot in the leading six.

The Heat will face a difficult confrontation with the leader of the East, that is, Erik Spoelstra's guys will have the opportunity to test their performance against one of the contenders for the championship. In short, we will have something interesting to see.

The leader of the East continues to keep their distance from Brooklyn, but in the last meeting, the club stumbled. The 76ers failed to fight Indiana on the road and the guests did not look very successful in general (94-103).

This season, the Philadelphia 76ers have become to perform much better and are among the main contenders for the championship. Of course, we should pay tribute to the head coach Doc Rivers, who is not bad at embodying his plan for the season.

The team has three fights left, two of which are against Orlando, so Phila have everything to see it through to the end and prevent the Nets from catching up.

Both teams made it to the playoffs; the main task for the championship has already been completed. Of course, each team has their own internal goals, since Philadelphia do not plan to give leadership to anyone. In our opinion, the Sixers players will step on the floor motivated after the last defeat and prove their superiority.