“Milan” vs “Juventus”: will Milan be able to play with Juventus? 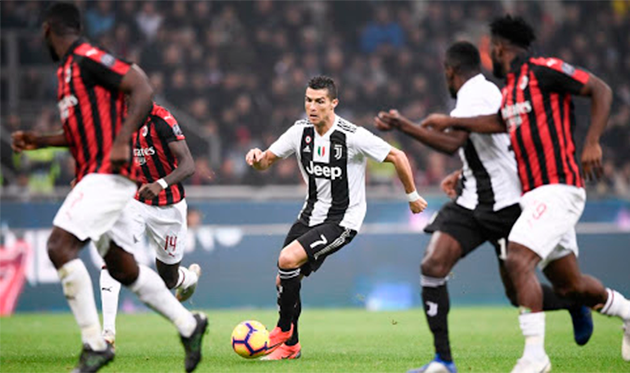 On Thursday, February 13, “Milan” will host “Juventus” in the 1/2 final of the Italian Cup. Meeting will be held at the San Siro stadium. Read prediction for this match from our experts.

Players of "Milan" in this season of the Italian Cup passes “SPAL” (3:0) and “Torino” (4:2). In the Italian championship standings, the “Rossoneri” occupies the tenth place, with 32 points scored in 23 rounds played.

Among the injured at “Milan” are Leonardo Duarte and Rade Krunić.

In the Italian Serie A, “Old Signora” is second, only in additional indicators behind Milan's "Inter", which also scored 54 points. In the last two matches on the road, Maurizio Sarri's team lost to “Napoli” (1:2) and “Verona” (1:2), and beat all other opponents this year.

Obviously, both teams are not in optimal conditions. "Old Signora" failed two away meetings in a row, because of which they lost leadership in the national championship, while "Rossoneri" lost in the Derby to a principled opponent, although they had a two-goal advantage.

It is difficult to argue with the fact that the team from Turin has a noticeable advantage in terms of composition, but with the arrival of Zlatan Ibrahimovic, Milan has become much stronger in attack, thanks to which they score almost in every match.

Our prediction is – both teams will score for 1.78 CF