“New Orleans” vs "Washington”: Who will be stronger? 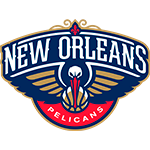 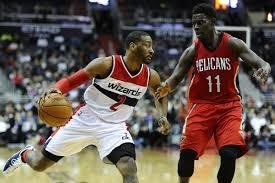 On August 8, “New Orleans” will compete with “Washington” for the victory in the regular season of the NBA, and we have prepared a prediction for this match. Who will be stronger?

Alvin Gentry has a great team, if you take each player individually, because there are a number of young performers from which you can make real NBA stars, which is basically what the head coach is doing now. It is no secret that this season the team began to rebuild, but despite this process, “New Orleans” managed to join the fight for the playoff zone, but after the restart, the club somewhat complicated its life.

The “pelicans” has lost three of their last four games, and only managed to score points (109-99) against “Memphis”. Of course, this result does not please anyone, especially since the team has slipped to the 12th place in the Western conference.

The Metropolitan team is doing even worse, although everyone knows the reason. Five players are in the infirmary at once, and among them leaders John Wall and Bradley Beale, so it is difficult to change anything for the better.

"Wizards" gives a chance to young players to prove themselves and in this situation it is the right decision, so we hope the "wizards" will be able to reach a new level and prove themselves next season.

It is noticeable from the game of "Washington" that the team is already tired of suffering defeats, but when a number of key players are injured, there is nothing left but to give the young a chance.

For “New Orleans”, the match against the “wizards” is a good opportunity to score points, but they should not play open basketball with their opponent, so we expect that the favorite will choose the right tactics and will not allow the capital club to accelerate to full speed, respectively, we offer a bet on the total under.