Niger vs. Ivory Coast: the Elephants are attacking 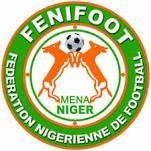 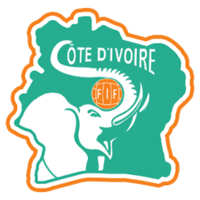 Ivory Coast is only one step away from the qualifying African Cup of Nations. Will the "Elephants" manage to achieve such an important victory over Niger away on March 26? We offer our forecast and betting options for this match.

The Niger National Team closes the Group K standings having three points in four rounds. The national team made the only victory in the quartet at home over Ethiopia (1:0).

In the starting rounds of qualification, Niger lost away to the upcoming opponent (0:1) and to Madagascar at home (2:6). In the last round of qualification, the team did not take points in the away game against Ethiopia (0:3). Niger played their last official match on January 25, losing 1:2 to DR Congo at home.

The last time Ivory Coast won the African Cup of Nations was in 2015. Since then, the team has made it to the main stage only twice. In 2017, the "Elephants" did not leave the group, and in 2019 they stopped at the quarterfinal stage.

In the current qualification for the tournament, Ivory Coast has a good chance of making it through the group stage. The team approaches the fifth round in the status of a leader (seven points), but the advantage over Madagascar is conditional. In the last round, the national team shared points with a direct competitor on a visit (1:1), and before that, they had beaten the opponent at home (2:1).

Ivory Coast has a very unstable position in the group, so the "Elephants" cannot afford to lose points in this game. The Ivorians won the last two meetings against Niger (both in 2019), which is why we offer to bet in favor of the guests.

Our forecast is that Ivory Coast will win at 1.86 odds on 1xbet.